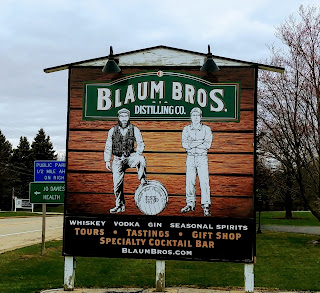 When I'm on the road, I try to make it a point to visit with friends. In this instance, I was in Iowa for a week and heading home. I'm usually knowledgable with regard to geography, but in the case of Illinois, that's apparently not so. I thought Galena was near Chicago. It isn't, it is near Dubuque, somewhere I find myself at least a couple of times a year.


What's in Galena?  It honestly is a gorgeous, historic town. But, it is also home to a single distillery owned by the Blaum Brothers, Mike, and Matt. Conveniently, the distillery is called Blaum Bros. Distilling Co., and I'm kicking myself for missing out on a bunch of prior opportunities. For a product that is only distributed in Illinois, Colorado, Tennessee, and Wisconsin, Blaum Bros. enjoys a ton of national respect.


I've met the brothers more times than I remember. These are genuinely great guys who love distilling and love talking about (and enjoying) whiskey. Moreover, they actually know what the hell they're talking about. Plus they're both hilarious. This is the first time I had a chance to really sit down and talk to them and get to know them.


Aside from getting a tour of the place (and not taking enough photos), we enjoyed some great whiskeys and shot the breeze. Matt is the CEO and distiller.  Mike (he's the one with the long flowing beard), is the COO and chief distiller. Both are funny and were easily the smartest guys in the room.

A few weeks ago, I wrote a review on a Light Whiskey from La Crosse Distilling. I found it impressive. Matt and Mike poured me their Light Whiskey, aged for years instead of a day, and it blew me away. You could easily put it up against many non-Light Whiskeys and choose it as a winner. Unfortunately, this was one of those one-offs under their experimental label Galena Reserve.

I was also treated to their 100% Rye and their MGP-sourced Old Fangled Knotter Bourbon. They're aging their own distillate now in a non-temperature controlled warehouse and they aren't trying to duplicate the MGP-recipes. What's out there now is simply called Blaum Bros. Straight Bourbon. I can tell you it is 100°, runs about $50 a bottle, and was delicious. No, I didn't take tasting notes. That will happen in the future when I can sit down and concentrate.

If you head out to the tri-state area (Illinois, Iowa, and Wisconsin), you have to swing by the distillery. It is located at 9380 W. Highway 20 in Galena. Cheers! 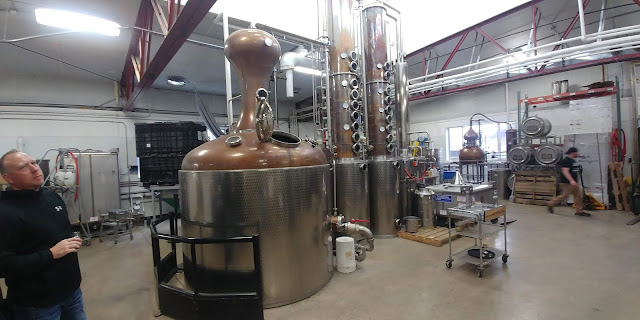 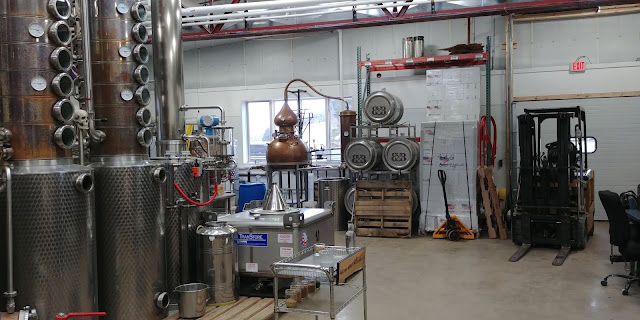 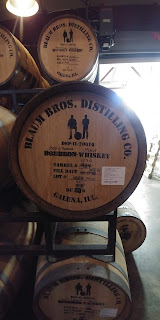 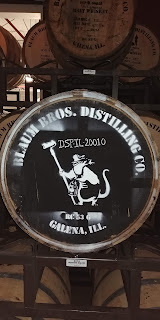 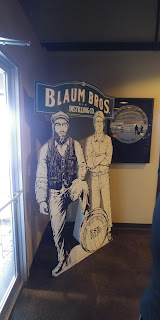 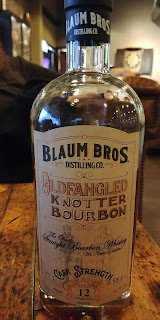 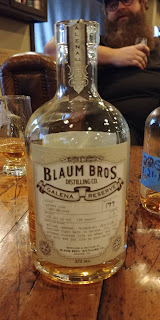 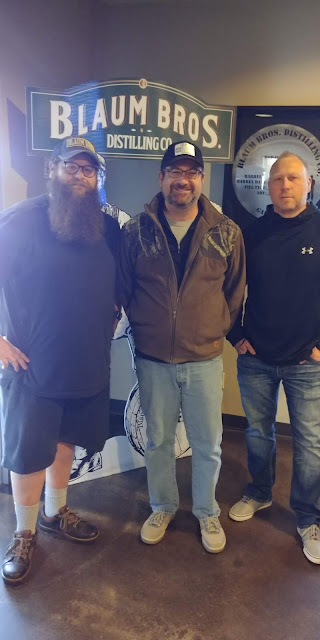 Posted by Whiskeyfellow at 9:21 AM