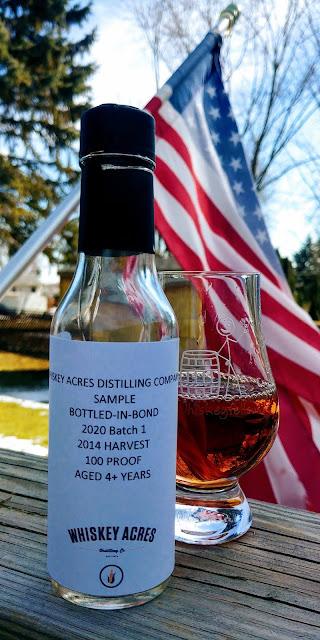 About 70 miles west of Chicago, in the middle of corn country, exists a little 2,000-acre seed-to-spirit outfit called Whiskey Acres Distilling Company. This was the first estate distillery in Illinois and the second in the nation, meaning the distillery uses only grains grown on its own land, grown by farmers Jim and Jamie Walter and Nick Nagele. It even uses limestone water from the ground beneath those fields. 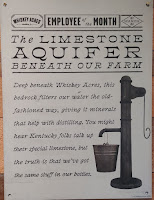 They've been distilling, on and off, and farming for five generations going back to (at least) 1897. 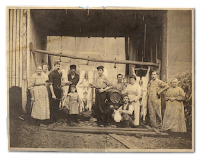 Arriving on April 4th is Whiskey Acres's inaugural batch of Bottled-in-Bond Bourbon.  If you're unfamiliar with the term Bottled-in-Bond, it is uniquely American and essentially a consumer protection law.

You see, back in the day (does that make me old?), store owners, rectifiers, and saloon owners wanted their stocks to stretch as much as possible. To accomplish that, they'd add very bad things to their booze. Things like tobacco spit and turpentine. Folks were getting sick (or worse) and wanted some sort of guarantee of quality. Also, as with any government "protection", it involved providing additional tax revenue.

Let's get back to the Whiskey Acres Bourbon. After distilling from a sweet mash of 75% yellow-dent corn, 15% soft red winter wheat, and 10% malted barley in their hybrid pot still named Flow, the newmake is brought down to an entry proof of 120°, then placed in #3-char, 53-gallon American white oak barrels from Kelvin Cooperage and then left alone to age for at least four years. 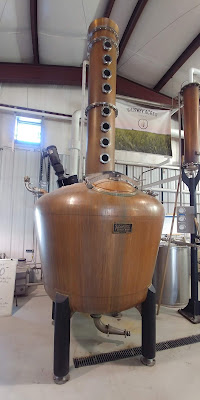 I've visited a lot of distilleries in my life, and I've seen some very unusual warehouses. Never have I seen one inside a grain silo! But, this is where the magic happens. 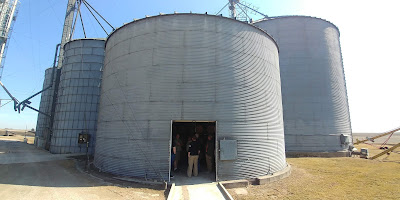 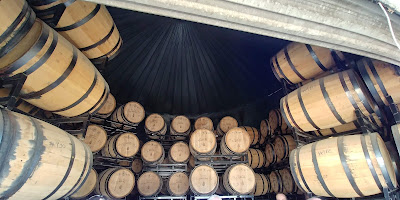 Choosing only seven barrels, the Bottled-in-Bond Bourbon is non-chill-filtered. The distribution will be throughout Illinois, with limited availability in Wisconsin and Nebraska. Retail will be $49.99.

I'd like to thank Whiskey Acres for providing me with a sample of the Bottled-in-Bond Bourbon in exchange for a no-holds-barred, honest review. Time to #DrinkCurious and get on with the review.

In my trusty Glencairn glass, this Bourbon appeared as a definitive deep orange. It left a medium rim and fat droplets took a bit to appear before gravity took them down to the pool of liquid sunshine.

The nose was very corn-forward. Oak was there, but nowhere near dominating. A floral perfume was also there, which I found completely unexpected due to a lack of any rye content. I also picked up orange peel and even a hint of peach. When I inhaled through my lips, it was pure vanilla.


A thin, coating mouthfeel greeted my palate. Like the nose, corn was the first thing noticed. In fact, there was a ton of it. Mid-palate, I tasted both chocolate and cocoa. On the back, a cereal quality from the malted barley was evident and it married with oak, creamy caramel, and pink peppercorn.

The medium-length finish was dry oak, white pepper, and thick, heavy, dark chocolate. Underneath that was the subtlest suggestion of mint. Overall, the finish was warming but lacked any real burn. There was also no numbing of my hard palate and lips.

Bottle, Bar or Bust: I enjoyed Whiskey Acres inaugural Bottled-in-Bond Bourbon. It wasn't overly complicated and, despite the 100°, I'd classify it as an easy sipper. One word of warning: because it goes down so easy, that 100° sneaks up on you like an all-encompassing hug from a grandma who also wants to give you a kiss while she's wearing bright pink lipstick. When you take that and consider that $50 is about average for craft whiskey, this becomes an easy Bottle recommendation.


On a final note, I appreciated this Bourbon so much, Mrs. Whiskeyfellow and I drove down to the distillery afterward to see it in person and discover what Whiskey Acres was all about. We were shown around by Colby, who did an amazing job as our guide. 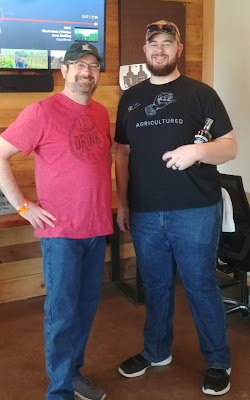 The tasting room is about a year old and is inviting. While you're visiting (or waiting for the tour to begin), you can buy a few cocktails. For what it is worth, I highly recommend the Bourbon & Blues. 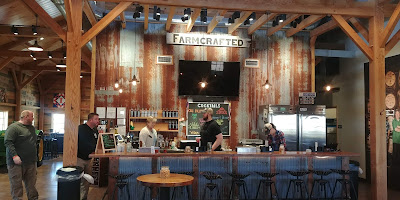 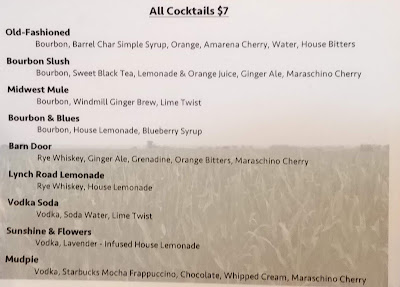 In all, this was a fun visit and I'm glad we made the drive. Sipping whiskey is great (obviously), but visiting distilleries and meeting some of the folks involved is always a blast. Do it whenever you can. Cheers! 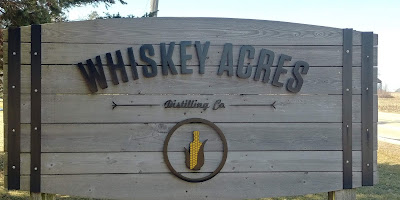 Posted by Whiskeyfellow at 6:45 AM