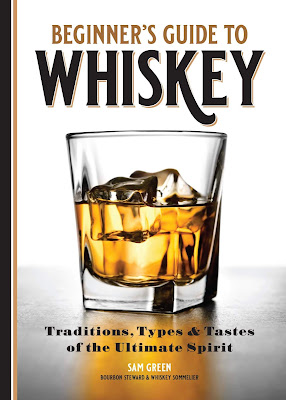 Sam Green holds the honor of being the first person to earn the title of Whiskey Sommelier in Southern California. Despite that, he's not spent decades dealing with whiskey. After all, he's only in his late twenties. But, don't let his age fool you - Sam is passionate about whiskey and spent his entire adult life studying it.

As always, I'm big into disclosure. I've known Sam for a couple of years. We've never met face-to-face but we do converse from time to time. The circle of whiskey writers is smaller than you'd think and we tend to know one another. Saying all of that, friendships are irrelevant when it comes to my composing reviews. It is my reputation on the line, and for me, my reputation is everything.

Shortly after publishing my most recent book review, Sam approached me and asked if I'd be interested in reviewing his brand new book, Beginner's Guide to Whiskey: Traditions, Types & Tastes of the Ultimate Spirit. Like I tell everyone, I'm always interested in reviewing anything whiskey-related, so long as the person making the request is prepared for me to write an honest review. Sam agreed, and he sent me a copy of his book.

With that, the necessary disclosure is done.

You can get your own copy from Amazon. It is a shorter read at 144 pages and will set you back $14.99. It is a smaller paperback and the font size is large enough to see without eye strain. There is a Kindle edition available as well for $9.99.  Spending $15 on a book isn't much, but what matters is, is it any good?

Here's the thing. I'm far from a beginner. I've been reading and writing about whiskey for several years. I was curious if this book would be interesting or bore me to tears.

Sam's book is divided intuitively. It starts with a brief history of whiskey. He then talks about how whiskey is made, with the first half dealing with grain and fermentation, and the second with distillation, aging, and finishing. He then talks about the major whiskey categories:  Scotch, Irish, American, Canadian, and Japanese. Then, he finishes with proper nosing and tasting methods and pairing whiskey with food. There are a few cocktail recipes as well.

This is a primer for beginners. Sam does a good job of writing at a level where things are easy to understand without treating the reader like an idiot. That's much more difficult than you can imagine and, as someone who writes educational pieces myself, I know it requires rewrites and revisions as you wonder if it is insulting or over someone's head. At the same time, as an experienced reader, it flows easily and naturally.

He even managed to teach me a new way to explain Bourbon with his ABC's of Bourbon. I've never seen it put together like that but it made a ton of sense.

The font used was the proper size and offered no eye strain.

Bottle, Bar or Bust:  I appreciate non-fiction books written in a conversational tone rather than instructional. I believe that's because I write similarly. I also find it to be a more effective writing style than the latter. If you write the way people talk, the flow is better and the mind is open.

If I was I a whiskey newbie or at least someone fresh to learning whiskey basics, Beginner's Guide to Whiskey is a very easy read. I finished it in three fairly short sessions. I don't fathom anyone is going to finish it and remain confused. Sam touches on all the important points and I was left with the impression someone will walk away with newfound, useful knowledge, able to communicate with experienced whiskey connoisseurs without feeling left out of the conversation. As such, I believe Sam accomplished his mission, and happily hand over my Bottle rating.  Cheers! 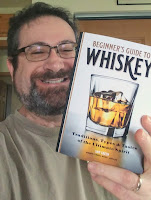 Posted by Whiskeyfellow at 6:41 AM