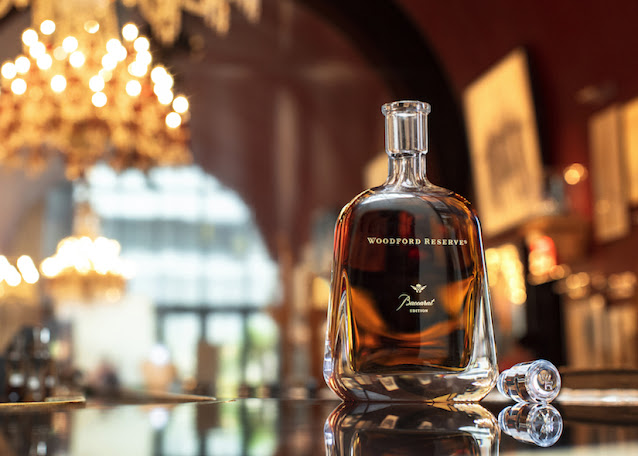 When a whiskey costs $2000.00, most folks don't have that just sitting around waiting to be spent. To get the painful part out of the way, that's what a bottle of Woodford Reserve Baccarat Edition will set you back.

Before you roll your eyes and stop reading, let's talk about what it is.  It starts with the normal Woodford Reserve Bourbon, but, it has been aged an additional three years in XO cognac casks. I've had a handful of cognac-finished Bourbons and they're typically enjoyable, but usually, you're looking at a few months, maybe six, in the cognac casks. Three years is beyond the norm. Just like the standard Woodford flagship Bourbon, this one is bottled at 90.4°. Despite telling us how long it was aged in cognac casks, it carries no age statement.

If you're unfamiliar with Baccarat, it was founded by King Louis XV in 1764. It is located in Baccarat, France, and the crystal maker owns two museums. It started manufacturing stemware, window panes, and mirrors before developing the world's first crystal oven.

The decanter itself took five days to create. For the record, it looks pretty slick.

How did Woodford do with this cognac-finished Bourbon? The only way to know for sure is to #DrinkCurious. But first, I want to thank Woodford Reserve for sending me a sample of the Baccarat Edition in exchange for a no-strings-attached, honest review. 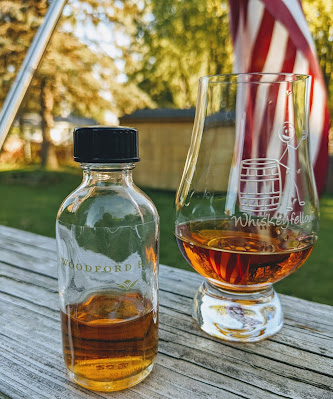 Appearance:  In my Glencairn glass, the Bourbon presented as a dusty bronze color. It left a medium rim on the wall and created thick droplets that were glued until they became too heavy, then dropped back to the pool of liquid sunshine.

Nose:  Aromas of chocolate and orange peel started things off. Those were joined by nutmeg, dried cherries, and crème brûlée.  When I inhaled the vapor through my lips, the vanilla and orange peel stuck around.

Palate:  The Baccarat Edition had a medium mouthfeel that offered no ethanol punch. The very first thing I tasted was vanilla. It wasn't just a little, rather, it was a vanilla bomb. I experienced difficulty finding anything else on the front, but that orange peel slid in before the liquid moved mid-palate. Then, very dark chocolate, cocoa powder, cherry, and apricot took over. On the back, it was an interesting blend of brioche, roasted coffee beans, dark chocolate, nutmeg, and salted caramel.

Finish:  A long-lasting finish of clove, French oak, dark chocolate, and salted caramel remained. The last note to fall off was the salted caramel.

Bottle, Bar, or Bust:  Let's get real. I'm not paying $2000 for a bottle of whiskey. But, I did very much enjoy the actual whiskey inside and am curious if Woodford would offer a future release sans the crystal decanter. It was wonderfully balanced and might be one of the best things I've had out of this distillery. That would score a Bottle rating from me. If you find this at your local watering hole and it isn't prohibitively priced, try it. You'll appreciate what Woodford has done. Hence, it takes an overall Bar rating.

If you've got two grand to spend and you want a gorgeous decanter engraved with real gold, you can buy this limited-edition Bourbon from the distillery in Versailles, Kentucky, or at select retailers around the country. Cheers!

Posted by Whiskeyfellow at 6:41 AM