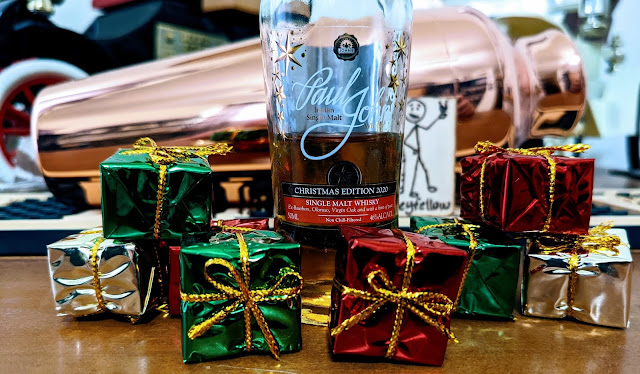 Indian whiskey can prove to be an... um... interesting category. There's not a lot of rules as to what's required to call a distilled spirit from India Indian whiskey. You can have anything from distilled neutral grain spirits blended with fermented molasses and pre-blended Scotch to Indian Single Malts. The category is undefined outside of Europe, and, in fact, cannot legally be called whiskey inside Europe unless it follows the stricter standards of other EU nations.

Distilling whiskey from India is a relatively new thing. It started in 1982 by Amrut, but they didn't start off with single malts. They did it utilizing the fermented molasses method. It wasn't until 2004 when Amrut launched the first Indian Single Malt on the market.

John Distilleries, the parent company of Paul John, is located in Goa, which is in the western part of India. While it was distilling blended whiskey since its founding in 1996, it didn't start with single malt whiskey until 2008. The man behind the brand, Paul P. John, was obsessed with creating an Indian single malt that would rival some of the best in the world. He worked with master distiller Michael D'Souza to fulfill that dream.

Paul John sources six-row barley grown in the country, which is said to have a higher protein and fiber content. This leads to an oilier whiskey than two-grain barley. Any peat that Paul John uses is sourced from both Islay and the Highland regions of Scotland. Fermentation takes 40 hours or longer before the mash is distilled through its copper pot stills.

If you're thinking that five years isn't a whole lot of time, keep in mind this is being aged in hot, humid India, where the average temperature is 86°F. It has been suggested that a whiskey aged in this region of India for a single year is equivalent to three years in Scotland.

Is the 2020 Christmas Edition worth the time and effort to buy? The only way to know for sure is to #DrinkCurious. Before I do that, I'd like to thank Paul John for sending me a sample in exchange for a no-strings-attached, honest review.

Appearance: In my Glencairn glass, this single malt appeared golden in color. It created a thin rim and thin, fast legs that fell back to the pool of liquid sunshine.

Nose:  An aroma of sweet, mild peat hit my olfactory senses. Once I got past it, apple, pear, plum, and orange peel offered a very fruity experience. Behind those were caramel, brown sugar, and honey. If you're thinking that sounds terribly complex, it was. When I inhaled the vapor through my mouth, I could swear it was apple cider.

Palate:  A creamy, very heavy full-bodied mouthfeel kicked things off. At the front, I discovered soft peat, caramel apple, and toasted oak. The mid-palate had flavors of sweet tobacco leaf, raisin, pear, and pineapple. The back consisted of praline pecan, coconut, cinnamon, and dark chocolate.

Bottle, Bar, or Bust: Maybe peat isn't your thing. That's understandable. I found the 2020 Christmas Edition to be incredibly complex - from the nosing to the palate, from the palate to the finish. I loved the fruity, spicy flavors and they simply complement each other. Quite frankly, if peat isn't your thing, maybe this one will entice you to come to the dark side. I loved everything about this single malt, and the $85.00 price seems more than fair considering how wonderful it tastes. If there is a whiskey screaming for a Bottle rating, this is it. Cheers! 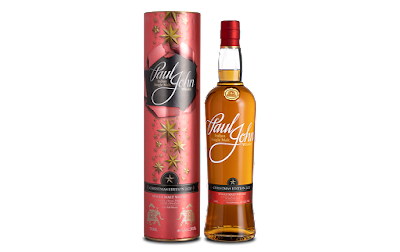