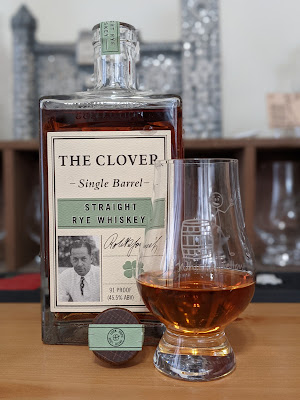 A four-leaf clover has (obviously) four leaves. Each leaf is said to hold four different meanings:  Hope, faith, love, and luck.  To Bobby Jones, those four words were his life.

What's that? You have no idea who Bobby Jones is?  Born on St. Patrick's Day in 1901, he was one of the world's premier golfers. He was the only one to ever win the original grand-slam. He was a scholar. He obtained degrees in English from Harvard, in Mechanical Engineering at Georgia Tech, and was admitted to law school at Emory University, He was a war hero. When presented with a ceremonial command during World War II, he declined and instead went to Normandy Beach as an infantry captain. He was a mentor. Bobby Jones set the standard of what a sportsman should be. Ethics were important to him, so much so that he wound up losing a golf tournament by a single stroke because he noticed he earned a penalty when none was assigned. He made such an impression that Emory has the Jones Program in Ethics, and in 1955, the USGA created the Bob Jones Award to recognize distinguished sportsmen in golf who emulate his spirit, personal quality, and attitude. Jones passed away in 1971.

"Golf is the closest game to the game we call life. You get bad breaks from good shots; you get good breaks from bad shots - but you have to play the ball where it lies." - Bobby Jones

The Clover is not just another celebrity whiskey. With Jones gone, there is no ego to feed. Instead, The Clover was founded to sustain the legacy of golf's greatest gentleman and champion. There are three expressions under the umbrella of The Bobby Jones Whiskey Collection: Straight Bourbon, Straight Rye, and Straight Tennessee Whisky. All three are single barrels, and while not overly easy to obtain, they can be purchased from a variety of golf course gift shops and online retailers. A handful of retailers also have them available for purchase. The Clover provides a link on its website with a listing of which courses carry it.

Today I'm reviewing the Straight Rye.  It is bottled by Piedmont Distillers (the creators of Midnight Moon) but was actually distilled in Indiana (meaning, MGP), this is a four-year-old single barrel that is diluted to 91°. It is described as a high-rye mashbill which would translate to MGP's 95/5 recipe. Expect to pay about $50.00 for a 750ml bottle.

I'd like to thank The Clover for providing me a sample of this whiskey in exchange for a no-strings-attached, honest review.  I'd also like to compliment them on the attractive package. 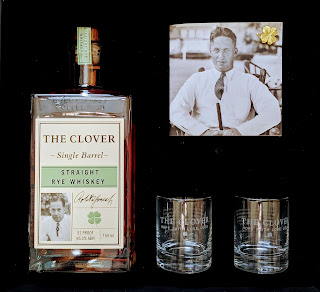 Appearance:  While the included glassware was gorgeous, consistency is vital to me and as such, I tasted this in my Glencairn glass. It appeared as caramel in color and offered a thick rim with sticky, fat droplets that took their time falling back into the pool of liquid sunshine.
Nose:  As I opened the bottle, the fragrance was immediately noticeable. Mint, citrus, cherry, and brown sugar were simple to pick out. The toasted oak was less so, and beneath everything were soft, floral notes. When I took the vapor into my mouth, cherry vanilla rolled over my tongue.
Palate:  The mouthfeel was creamy and had a medium body. On the tip of my palate, flavors of cinnamon, vanilla, and brown sugar gave it a sweet, slightly spicy tingle. The middle was cola, dark chocolate, and almond. On the back, I tasted black cherry, rye spice, and toffee.
Finish:  Originally, I thought the finish was medium-to-long, but as I continued to sip, it grew in length. Black pepper, leather, and dry oak were the first qualities, then rye spice and cocoa powder followed.
Bottle, Bar, or Bust:  The Clover is very much an MGP rye, with the single barrel giving it some uniqueness. This rye is not overwhelming and is something that could easily be sipped after a round of golf, even on a hot summer day. I thoroughly enjoyed it, and the price is quite fair especially considering it is marketed to golfers. All of that translates to a hole-in-one and I'm happy to award it my coveted Bottle rating. Cheers!
My Simple, Easy to Understand Rating System