Twenty Different Whiskeys in One Night? You Bet! 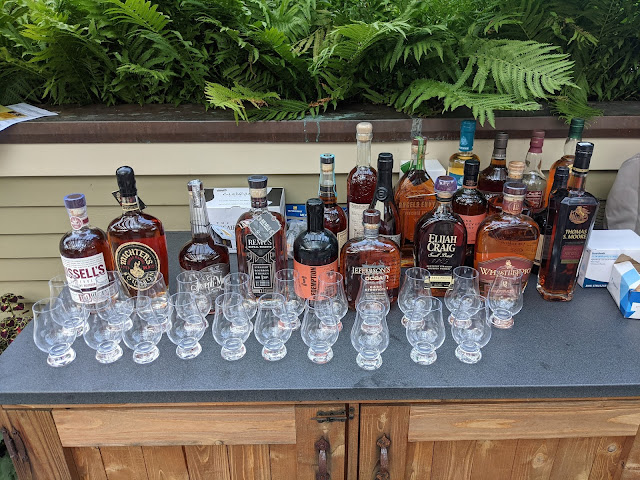 Last night I joined forces with Kenneth Boll of Cask & Ale as we made our way to Milwaukee to host a charity tasting event... with twenty whiskeys.  This wasn't a choice of twenty, it was twenty pours for each attendee!

That sounds like a lot and it was, but we did it safely. Anyone who drove to the event required a designated driver, and those who didn't drive walked in from their nearby homes. There was also plenty of food and water. Most folks were good about using dump buckets.

The venue was a lot of fun. Dave, the organizer, held the event at his home - but we were on top of his garage - he converted the rooftop to a deck!  Thankfully, the weather mostly cooperated, no rain, not overly hot, but it was very humid. As such, no photos of me melting in my shirt will be posted. 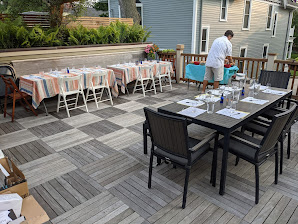 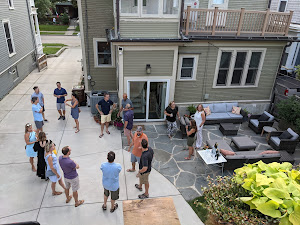 This was a worldwide whiskey tour, giving folks a chance to taste a little of everything. There were a few selections I would have liked to have added in, but we had a few requests which included not to serve anything peated, and for a majority of the pours to be American. Here's what was served: 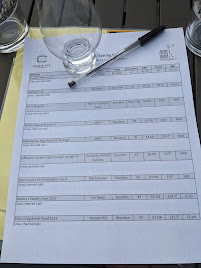 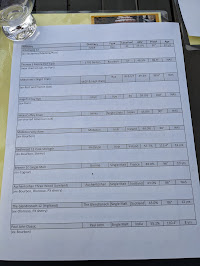 The crowd favorites seemed to be equally split between the Remus Repeal Reserve, A Midwinter Night's Dram, Michter's 10, and Paul John Classic.
When all was said and done, everyone said they learned a lot and had a great time. They asked about conducting a future whiskey event, and I even had Dave agree that the next one could include some peated whiskies! 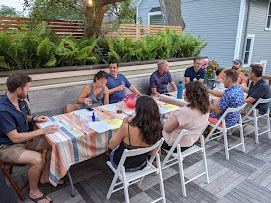 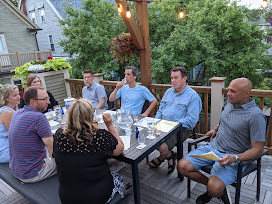 My favorite part of whiskey, even beyond sipping it, is sharing the knowledge and watching folks expand their horizons.  If you're interested in an event of your own, let's talk. Learn, Laugh, and Enjoy Great Whiskey!
Cheers!
Whiskeyfellow encourages you to enjoy your whiskey as you see fit but begs you do so responsibly.
Posted by Whiskeyfellow at 10:03 AM