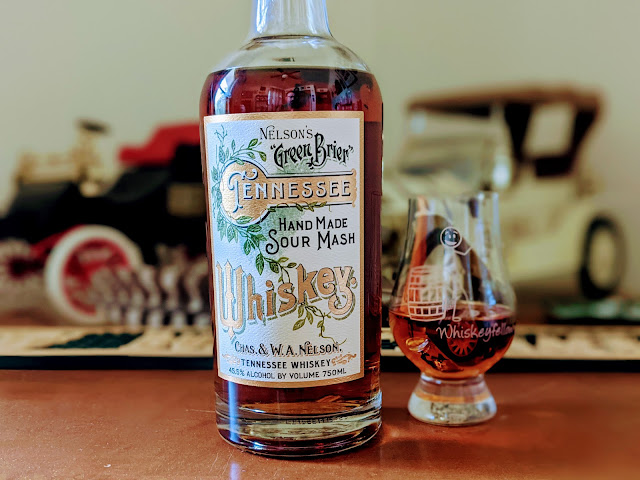 Back in the 1860s, Charles Nelson was distilling whiskey. Good whiskey. Perhaps one of the most popular whiskeys in Tennessee. It started with his contract distilling for his grocery store. He then purchased the distillery. Shortly thereafter, in 1885, it was distilling a then-unheard-of 380,000 gallons of whiskey each year! His whiskey was so in-demand, it was selling not just all over the united states, but Europe and Asia as well. Then, in 1891, Charles passed away, and his wife, Louisa, took over. Louisa was one of only a handful of women who ran a distillery at the time.

And then, Prohibition hit. But, before it hit the United States as a whole, Tennessee went dry, and it ended distillation for the Nelsons. The great distillery was soon forgotten.

In 2006, two brothers, Andy and Charles, arrived in Greenbrier with their father to visit a butcher. They came across the land once owned by the family and the warehouses built by their ancestors. When they sought more information at the Greenbrier Historical Society, they discovered there were, amongst other relics, two sealed bottles of Nelson's Green Brier Tennessee Whiskey.

From there, the Nelsons' fates were sealed. They were determined to resurrect the distillery. In 2014, the job was complete and the distillery was back in production. 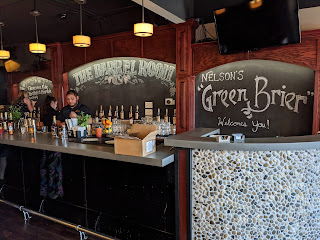 About a month ago, I had an opportunity to meet Charles at an event at Buck & Honey's in Sun Prairie. Charles addressed the crowd, gave the family story, and then mingled with the guests. I took advantage of the opportunity and discussed things in more detail. He offered to send me a bottle of his Tennessee Whiskey in exchange for a no-strings-attached, honest review. 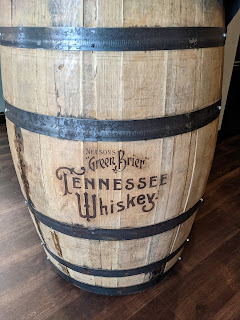 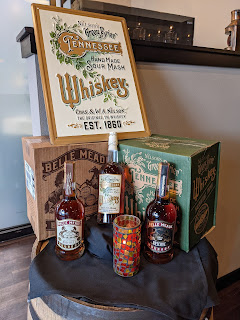 Before I get to the tasting notes, there's some background you should have. According to Charles, what's in the bottle is the same recipe from about 110 years ago. Obviously, I have no way to confirm it but I'll take what he said at face value. But, unlike the Belle Meade product line that comes from MGP, Nelson's Green Brier is its own distillate, aged between two and five years. The bottle carries a two-year age statement because, legally, it must. The Nelsons utilize the Lincoln County Process (LCP) of charcoal mellowing before being bottled and, according to everything I could learn, this meets the legal, accepted definition of Bourbon. The suggested retail price is about $29.99.

And, now, it is time to #DrinkCurious.

Appearance:  Poured neat in my Glencairn glass, Nelson's Green Brier presented as something much darker than I'd expect from a younger whiskey. It was a deep amber. On the wall of my glass, it formed a thinner rim, and the legs were long and wavy.

Nose:  Aromas of corn, vanilla, and raisin bread permeated my nostrils. When I inhaled through my mouth, I tasted spearmint.

Palate:  I found the mouthfeel to be "mellow" and full-bodied.  On the front, I first tasted coffee, then corn and caramel. It was an interesting combination. The middle featured nuts and toasted oak. Then, on the back, flavors of clove, tobacco leaf, and dark chocolate got things moving to the spicy side.

Finish:  My first sip showed me a shorter finish. However, as I continued to sip, that finish got longer and longer, lasting several minutes before fading away. Dried cherry was the first quality I picked out, and it was joined by toasted oak, nuts, dark chocolate, and clove.

Bottle, Bar, or Bust:   There was no mistaking the proof. It was warm enough to stay interesting yet soft enough to allow for casual sipping. The more I drank, the more I enjoyed it, and that's not the alcohol influence talking. Rather, it kept opening up further. Nelson's Green Brier is one I'd serve to folks who are beyond their whiskey initiation stage all the way to experienced drinkers. And, at only $29.99, this isn't breaking the bank and provides real value in the craft whiskey world. The math adds up to a Bottle rating. You'll like this one. Cheers!