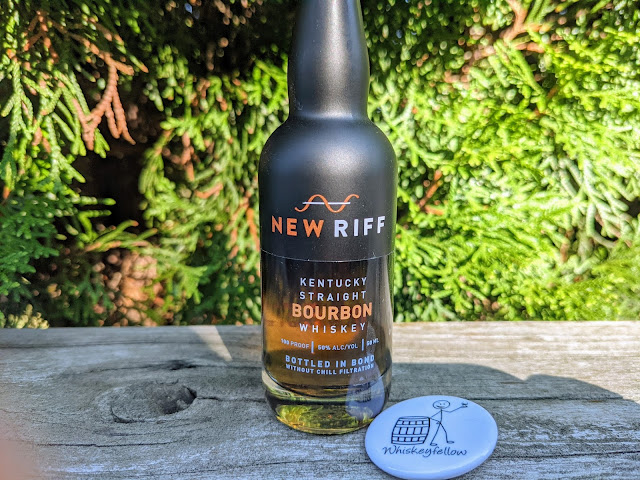 The Bottled in Bond Act of 1897 is one of the most important consumer protection laws passed by Congress. It was, interestingly enough, passed unanimously.  Back in the day (does that make me sound old?), bad people looking to stretch dollars did bad things to whiskey. They would add things to it. Bad things. Things like tobacco spit, old coffee, and even turpentine, and unsuspecting folks were getting sick and even dying.

Something needed to be done, otherwise, no one would buy whiskey anymore, at least not with the risks involved. The Act was passed and signed into law by President Grover Cleveland. The Act states that any distilled spirit that carries a Bottled in Bond (or Bonded) label must adhere to strict standards:

For what it is worth, I've been a longtime fan of bonded whiskeys and loved when almost all of them could be found on the bottom shelf of the liquor store. It was overlooked, it was ignored, it was dirt cheap, and it was delicious. Bonded whiskeys caused me to create a #RespectTheBottomShelf campaign.  And then, not so many years ago, folks caught on, and suddenly bonded whiskeys became high-dollar investments.
One distillery that jumped on the Bottled-in-Bond bandwagon was New Riff Distilling. Back in 2014, Ken Lewis, then a liquor store owner, sold his store to his employees and jumped into the distilling business. He started with a mission to do things in a new way.

"To a certain extent, there’s nothing revolutionary about New Riff’s process. We make sour mash whiskey, like all the big/huge distilleries in Kentucky. But the devil, as they say, is in the details. We began, as any distillery should, with water, with a private tap into an ancient aquifer right under our feet. Our distillation equipment is all-copper: wherever the mash or distillate is heated, we want it in contact with nothing but copper, to help our whiskey age for decades to come. Every batch of New Riff whiskey is sour mashed, in accord with the Kentucky Regimen we have vowed to uphold. We allow a slow, natural rise in fermentation temperature over a patient four-day fermentation, collecting flavors from our native microflora all along the way. Perhaps our greatest, yet simplest process is that of patience: at least four years in a full-size 53-gallon barrel for any New Riff whiskey. You’ll find no small-barrel shortcuts—or any other kind of shortcuts—here. New Riff makes whiskey the hard way: every single whiskey takes at least four years in the making." - New Riff Distilling

Every whiskey New Riff makes is Bottled-in-Bond, except for its single barrel program (more on that later). Today I'm reviewing its Kentucky Straight Bourbon. It starts with a mash of 65% corn, 30% rye, and 5% malted barley. It is non-chill-filtered and naturally colored. You can expect to lay down about $50.00 for a 750ml bottle. This is its own distillate, not sourced from anyone else.

I've told you a lot, and I've not forgotten the need for a review. Before I #DrinkCurious, I'd like to thank New Riff for a sample of this Bourbon that I acquired while doing a barrel pick (again, more on that later).

Appearance:  Poured neat in my Glencairn glass, the Bourbon presented as a golden amber. A medium rim was formed, but the fat droplets it created just stuck to the rim. Eventually, they got too heavy and fell back to the pool.

Nose:  Initially, aromas of candied corn, toffee, butterscotch, and toasted oak hit my nostrils. The butterscotch then dominated everything. As I inhaled the vapor into my mouth, the butterscotch continued and rolled across my tongue.

Palate:  A medium-bodied mouthfeel coated everywhere in my mouth. It wasn't oily, it wasn't creamy, it was just coating. On the front of my palate, I tasted corn and caramel. The middle offered nothing and fell flat on the first sip. On subsequent attempts, I found a hint of vanilla, but it took a lot of concentration. The back offered flavors of oak, clove, and rye spice.

Finish:  Medium-to-long in length, the finish featured berries, which came from nowhere, then transformed to rye spice and oak. It was a bit warming, but not unexpected considering the proof.

Bottle, Bar, or Bust:  I thought most of the Bottled-in-Bond Bourbon was decent. I admittedly wind up discouraged when there's something missing (in this case, the middle of the palate). It makes me spend more time analyzing the whiskey instead of enjoying it for what it is. It isn't a bad Bourbon by any means, but I also can't give it more than a Bar rating. You'll want to try this one first before you lay down the cash for it.

Final Notes: I hinted at the single-barrel program, and what I want to say has everything to do with the rating. Earlier this year, I was involved in a New Riff Bourbon pick.  They're packaged at barrel proof and each barrel I sampled wasn't anything like the profile of the Bonded Bourbon. There wound up being two barrels that seemed like winners and either would have been great. What I'm saying is, New Riff does a great job of distilling from what I've tasted, I just wasn't overly impressed with the Bottled-in-Bond version. Cheers!