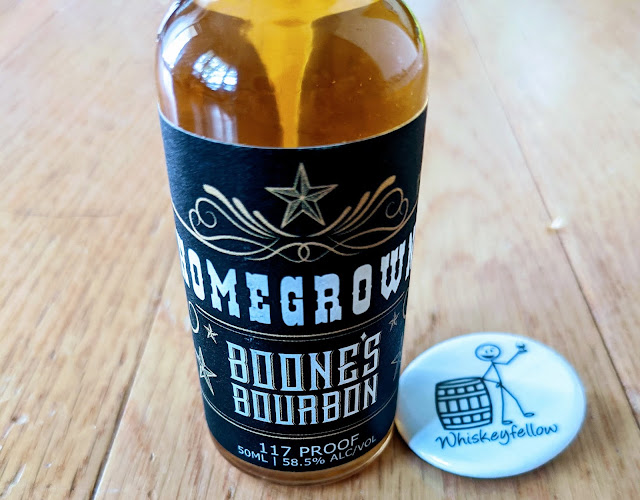 Oh, gosh. There is so much going on here that I don’t know where to start. So, I’ll start from the beginning.

There is a distillery I’ve never heard of called Striped Pig Distillery.  It was the first legal South Carolina distillery since the end of Prohibition and is located in Charleston.

There is a musician named Tyler Boone, who I’ve also never heard of. That’s not saying much because I don’t follow celebrities and don’t listen to Americana or Blues Alt Rock. Boone is also from Charleston.

Speaking of celebrities, there’s a thing about celebrity whiskey. It tends to be sub-par (and I’m being nice). That’s not to say that there aren’t good ones, but they’re the exception rather than the rule.

There are some dirty little secrets that most folks don’t know about most spirits competitions – one of which is anything that is entered automatically wins at least a Bronze medal unless it is so godawful it can’t be done with a straight face. But, in 2020, the New York International Spirits Competition named Hometown Boone’s Bourbon one of the six best in the world.

“NYISC differentiates itself from standard competitions in that the tasting panel is comprised entirely of professional buyers. This includes restaurant beverage directors, bartenders, bottleshop owners, etc. Furthermore, the liquids aren’t just judged by category, but price is also taken into consideration. And so there you’ll find some liquids that perhaps wouldn’t have a chance in other forums because you have a modest $20 bottle sized up against a $2000 showstopper. When cost is a factor, you end up with a fairer spectrum of finalists.” – Forbes, August 28, 2020

The second secret is that anyone can be a judge at a spirits competition. You have respected people who do it, and you have people who you’ve never heard of. The only thing that matters is whether your palate and preferences align with theirs. This is why I don’t put stock in awards (except my own, which come out at the end of the year and just published last week). The third secret is most competitions are money-making opportunities for those who run the shows and marketing opportunities for those who enter.

Would I judge a whiskey competition? Indeed, and I’d be excited to do so. But, by giving up those secrets, I’ll likely never be invited to be a judge. It’s okay.

So, back to Homegrown Boone’s Bourbon. This is one of those things I saw when I dug through the 50ml bins at some random liquor store. But, you can get a 750ml for about $38.00. What’s in it?

It comes from 75% corn, 21% rye, and 4% malted barley. It was then aged for a minimum of six months in American white oak chared barrels. That’s not my misspelling; it is Striped Pig’s. What size cooperage is used? I have no idea. There’s just so little information about one of the “top six” Bourbons in the world; it’s mind-blowing. The last fact is that it is bottled at 117°. 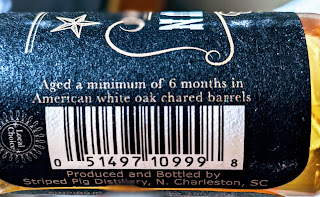 Finally, this comes from the same venue that utilizes the TerrePURE aging system. Does that mean this went through it? Who knows?

So, I’ve taken many potshots here at this still-untasted whiskey, and I need to remember to keep an open mind and #DrinkCurious. Maybe it is fantastic. Let’s see.

Appearance:  Served neat in my Glencairn glass, Homegrown Boone’s Bourbon presented as the color of golden straw. It formed a thin rim with sticky droplets that didn’t go anywhere.

Nose:  I was shocked as I pulled this young Bourbon to my face and didn’t get punched in the nose by ethanol. Instead, I took in corn, vanilla, and cinnamon sugar aromas. As I took the vapor into my mouth, more corn, albeit light, hit my tongue.

Palate:  The mouthfeel was interesting. It was thin but creamy at the same time. And, you know that ethanol punch that was missing on the nose? It was hiding on the palate. Caramel was on the front. The middle consisted of granny smith apple and barrel char. The back offered black pepper, clove, and cinnamon.

Finish:  The finish lasted many minutes. It also left my hard palate sizzling. Cinnamon spice, rye spice, black pepper, and charred oak were left behind, along with something decidedly sour.

Bottle, Bar, or Bust:  This Bourbon needs to spend much more time in wood. It also proves the point that proof isn't everything. Homegrown Boone’s Bourbon is a perfect example of why spirits competitions are irrelevant. I’d hate to see what this whiskey was up against because this is absolutely not one of the six best Bourbons in the world. It is the consummate poster child for what celebrity whiskeys are and absolutely earned my Bust rating.

Addendum:  On Friday, January 7, 2022, Tyler Boone contacted me about this review:

"People love it, the brand is blowing up. It’s a labor of love, started it on credit cards & still invest all my money into it, one of the hardest things to do is start a brand, people do not know that. It’s a father & son business, gave half the company to my dad to help him out, it’s so much more than just a whiskey."

I did respond to Tyler that these are my honest tasting notes and that I did use a 50ml taster. I indicated that if he would provide a sample, I would be happy to give it a second chance. To date, there has been no response to my offer.

Posted by Whiskeyfellow at 7:55 AM