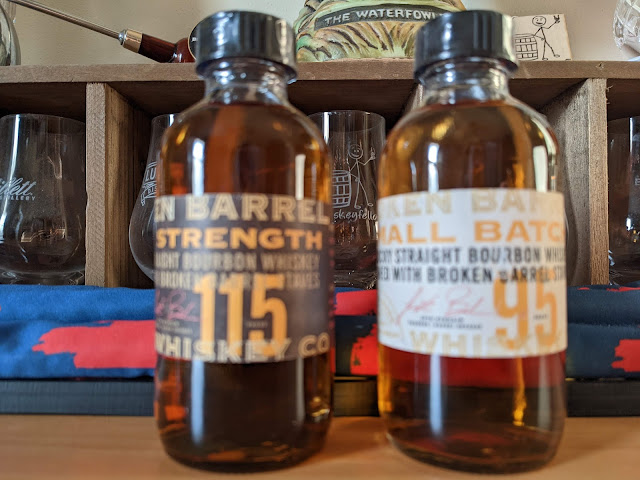 Established in a California garage in 2012, Infuse Spirits is the brainchild of Seth Benhaim. He was only 25 years old, but he had ideas about what was missing in the spirits world – infused spirits. He started with vodka and was the youngest distiller to win Best-in-Show and Double Gold at the San Francisco World Spirits Competition.

Seth then directed his attention to whiskey. Rather than just aging distillate in a barrel, he wanted his whiskey to go through a finishing process. While most distillers and blenders would use a second barrel to accomplish this, Seth wondered what would happen if used barrel staves were thrown into a mass of liquid.

He took the aged whiskey from several barrels and transferred it to large, stainless steel tanks. Seth then took broken staves and placed them inside the tanks, believing that the whiskey would interact with a larger surface area than a barrel could accomplish.  Thus, the Broken Barrel Whiskey brand was born.

Before I get started on my tasting notes and ratings, I’d like to thank Infuse Spirits for providing me samples in exchange for my no-strings-attached, honest reviews. Let’s get down to business and #DrinkCurious. 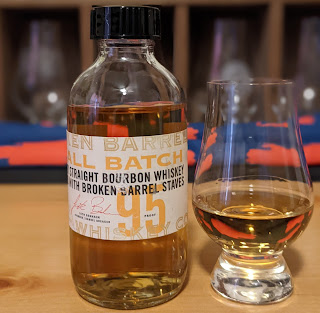 Appearance: This Bourbon was medium gold in color in my Glencairn glass. It formed a medium-weighted rim that led to long, thick legs that crawled back to the pool.

Nose: Aromas of buttered popcorn blended with toffee, cinnamon, nutmeg, and oak tapped my olfactory sense. When I pulled the vapor into my mouth, I experienced dry popcorn that rolled across my tongue.

Palate:  The mouthfeel was thick and creamy. I tasted corn, berries, and roasted coffee on the front of my palate. The middle offered marshmallow, vanilla, and honey, while the back had flavors of French oak, cinnamon spice, and clove.

Finish:  Long and lingering, the French oak, cinnamon, and roasted coffee stuck around and was accompanied by cocoa powder, leaving my tongue a tad dry.

Bottle, Bar, or Bust:  The finishing staves reminded me a little of what Maker’s Mark does with Maker’s 46 and Private Selections. I half expected this whiskey to taste young, but I’m assuming the stave finishing eliminated that concern. Some tasty flavors gave me a pleasant experience, and I enjoyed this Bourbon. For $37.99, very few people would balk at the price, and this has all of the makings of a Bottle rating. Cheers! 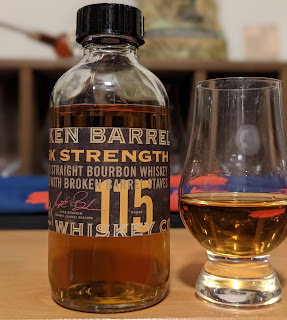 Appearance: Poured neat in my Glencairn glass, this Bourbon version was the color of bronze. It created an almost invisible rim that generated fat, slow tears.

Nose: Butterscotch was the first thing I smelled. Popcorn, English toffee, cherry, raisin, and French oak followed. When I inhaled the air into my mouth, raisin was easy to taste.

Palate: An oily texture with a medium body led to corn, caramel, and nutmeg on the front of my palate. Flavors of honey, raisin, and maple syrup were next, with clove, cinnamon spice, and French oak on the back.

Finish: The finish began with cherry pie filling, clove, and nutmeg, which faded off while cinnamon spice and French oak stuck around. It was long-lasting.

Bottle, Bar, or Bust:  Like the Small Batch version, the Cask Strength did admirably masking its age. It drank under the stated proof, but my tongue did sizzle a few moments after the finish ceased. Overall, I’d say this one is an easy sipper. Considering cask-strength/barrel-proof whiskeys are often more expensive, there’s a good value here. I believe this deserves a Bottle rating. Cheers!