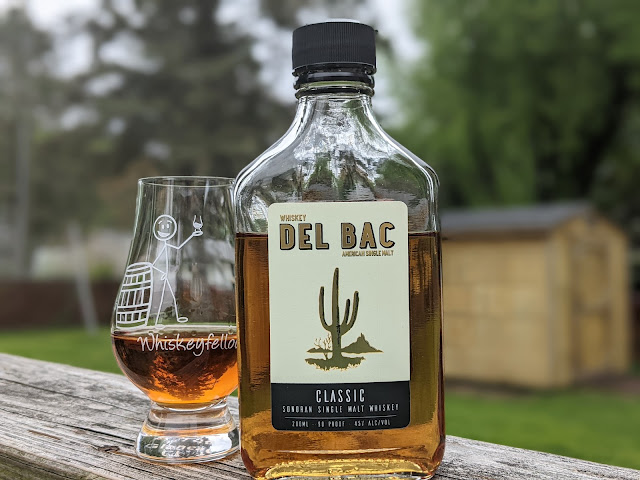 When you think Arizona, you may think tequila. What doesn’t come to mind, at least to me, is whiskey. So when a friend approached me with a bottle from Whiskey Del Bac and asked me to review it, I couldn’t think of a single whiskey I’d even tried from the state.

Whiskey Del Bac is distilled at Hamilton Distillery in Tucscon. Stephen Paul founded the distillery in 2006.

“[W]hile drinking Scotch and barbecuing with mesquite scraps from our custom furniture company, Arroyo Design, we had a thought. Why couldn’t we malt barley over mesquite instead of peat, as they do in Scotland, for a single-malt whiskey with a flavor distinctive to the American Southwest?” – Whiskey Del Bac

It is not uncommon for Tucson to experience 40-degree temperature variances from morning to evening. That allows for significant interactions between liquid and wood, quickening the aging process. Add to that 15-gallon barrels (versus 53-gallon), and it sends aging into hyperdrive.

Classic begins simply enough: 100% malted barley is distilled on-site and aged 12-14 months in medium charred, medium toasted oak. It carries no age statement, and here’s where things get confusing. Legally, for a whiskey to be sold in the United States, it is a minimum of four years old if it bears no age statement. But both the front and back mention nothing. 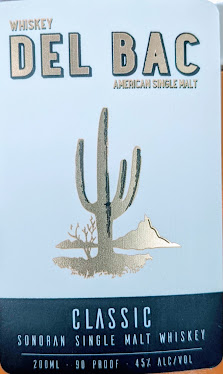 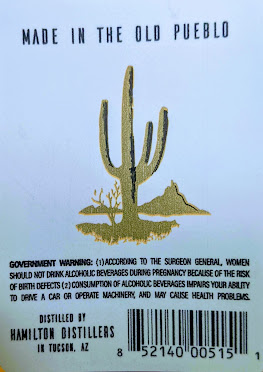 The label suggests 45% ABV (90°). However, when I visit Whiskey Del Bac’s website, its Classic is bottled at 92°. I performed a web search and found some old references at 84° and then recently the 92°.

I assume they’ve slowly increased the alcohol content over the years. I did reach out to Whiskey Del Bac but hadn’t heard back from them when the review was published (and, if they respond, I will provide an addendum).

Appearance: Poured neat in my Glencairn glass, this Single Malt presented as a definitive amber. A wide, heavy rim released long, wavy legs that crawled back to the pool.

Nose: The first aroma was herbal, which made me immediately wonder how this would fare. It was tamed by orange peel, fresh-cut apple, cinnamon, and charred oak. When I inhaled through my mouth, that apple carried through.

Palate:  A soft, oily texture greeted my tongue. The front tasted cocoa and vanilla cream, and the middle featured caramel and apple pie filling. The back consisted of oak and mesquite, albeit faint.

Finish:  On the finish, the mesquite became more pronounced. Once it subsided, cocoa, oak, and dark chocolate took over. In all, the duration was medium-to-long.

Bottle, Bar, or Bust:  Whiskey Del Bac Classic is a prime example of why I #DrinkCurious. It is utterly atypical of whiskey aged in a smaller cooperage. My bias crept in from the nose onward. I expected sawdust on the nose and sharp oak on the palate. Neither happened. Instead, I sipped a lovely, youthful whiskey that can compete with several other American Single Malts. There have been talks of moving to 53-gallon barrels, and I can’t wait to taste what comes out of those should it happen. I’m good with a Bottle rating in its current form. Cheers!