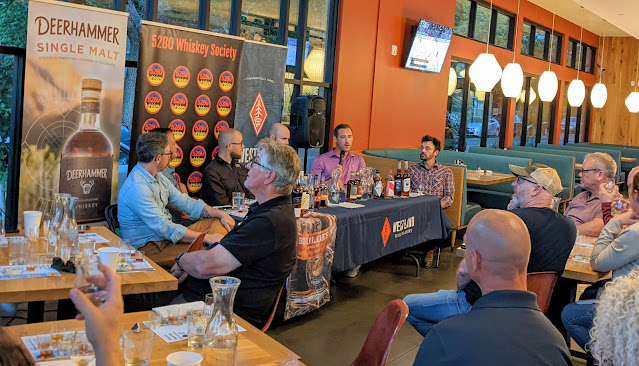 When I came out to Denver, I wasn’t expecting to do much that was whiskey-related. However, Mrs. Whiskeyfellow and I were unexpectedly invited by Ryan Negley of Boulder Spirits and the 5280 Whiskey Society to attend an American Single Malt Whiskey tasting event. It was held at Bacon Social House of Littleton (a south Denver suburb). This was a true #DrinkCurious event!

First, there was a buffet dinner, including Kobe beef hotdogs, pulled pork sliders, potato and chili bar, and tater tots. That was, of course, to get everyone’s body prepped for the whiskey. Not just a pour or two, but eleven different selections from six distilleries! Each gave some background of their distillery and what makes them unique in the market.

From Stranahan’s, we tasted Diamond Peak, a 90° limited-edition whiskey partially aged in former Bushmill’s casks, and a 10-year Mountain Angel, packaged at 94.6°. Then, to surprise everyone, the 2021 edition of Snowflake, a nearly impossible-to-obtain whiskey, was poured. Snowflake is 94° and aged two years before finishing in wine, sherry, tequila, rum, and cognac casks. 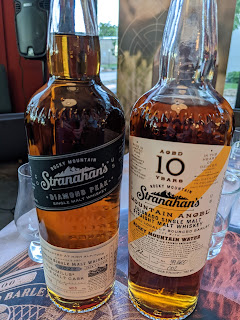 From Cedar Ridge Distillery, we had The QuintEssential, which was my runner-up for the Best American Whiskey of 2021. It is a 92° non-age-stated whiskey. 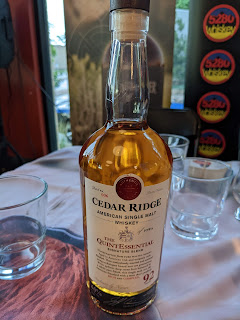 Boulder Spirits offered its flagship Single Malt, then a pour of its Sherry Cask Finish.  I had my fingers crossed the Peated version (the whiskey that beat out The QuintEssential) would be poured, but that didn’t happen. The flagship is aged at least three years and weighed in at 92°, while the Sherry Cask added a nine-month finishing process. 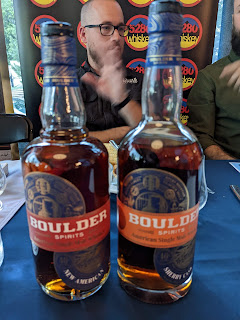 Next up was Deerhammer Distillery, which was likely the most unusual of the bunch. There was a Single Barrel Single Malt, packaged at 86°, and a Port Cask Finish at 100°. The Port added a definitive chocolate note to the expresso flavor of the flagship Single Malt. Neither were age-stated. 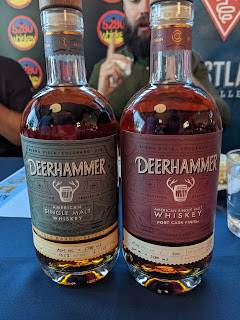 Westland Whiskey presented its flagship Single Malt, followed by Colere Edition 2 from its Outpost Range, made from two-row Talisman barley. The flagship was 92° and carried a 40-month age statement, while the Colere, a very limited edition whiskey, has a minimum maturation of four years and 357 days. It weighed in at 100°. 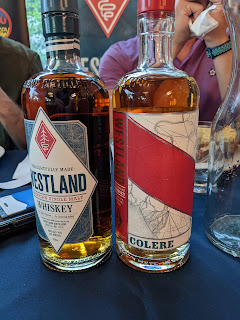 Finally, Old Line Spirits served up its flagship Single Malt and a cask-strength version of that whiskey. The flagship rested in oak for two years and was bottled at 86°, while the cask strength was 124.4°. 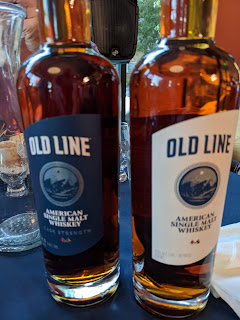 The Bacon Social House was an eclectic, fun atmosphere, and the food was delicious. The panel made things fun and even interacted with the Stanley Cup game broadcasted on various televisions. The whiskeys were tasty, and no two were alike, even the ones from the same distilleries. Did I have a favorite? Duh! Will I say what it was? Nope. But I’ll say this was an enjoyable evening, and I am grateful for being invited. Thank you again, 5280 Whiskey Society and Boulder Spirits. 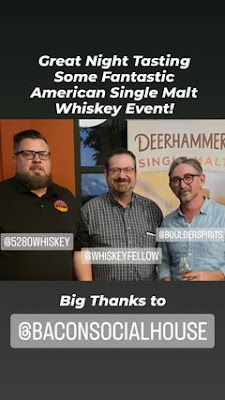 Posted by Whiskeyfellow at 5:26 PM