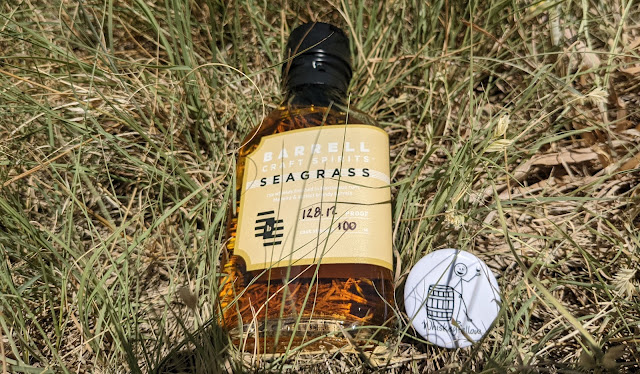 In 2021, I named Barrell Seagrass the winner of my Best Blended Whisky Award.

“This is probably the most unusual whisky I’ve tried. It was sweet. It was spicy. It was earthy. The challenge became both exciting and a little frustrating. But, as I experienced the frustration, I caught myself smiling because the mystifying quality just worked for whatever reason.”

Then, earlier this year, I tried the Gray Label Seagrass, made from 100% Canadian whisky aged at least 16 years. It was my first “win” for Canadian whisky. That’s important because I am not the biggest fan of the category.

Now, Barrell Craft Spirits sent me a sample of its Gold Label Seagrass for a no-strings-attached, honest review. Whereas Gray Label was 16 years, Gold Label is 20 years. As you’d imagine, that comes at a price hike to $499.99 for a 750ml bottle.

“Gold Label Seagrass epitomizes our team’s expertise in global sourcing and blending, both in whiskey and finishing materials. This exceptional whiskey is remarkably flavorful, showcasing the best of the Seagrass profile in a whiskey that can only be made this complex and nuanced with time in the barrel.” – Joe Beatrice, Barrell Craft Spirits CEO and Founder

If you’re unfamiliar with Barrell Craft Spirits, that needs to change. Like anyone else, not everything is a home run, but much of it is. Barrell Craft Spirits locates whiskeys and rums from around the world, finds unusual cooperages, and creates only cask-strength offerings for the marketplace.

How does Gold Label Seagrass fare? The only way to know for sure is to #DrinkCurious, so let’s get that done right now.

Appearance: Poured neat in my Glencairn glass, this version of Seagrass looked like burnished gold. A micro-thin rim was formed, and it vanished into a curtain that instantly crashed back to the pool.

Nose: A bold fruity aroma of apricot, raisin, pineapple and citrus hid hazelnut and burnt sugar beneath. When I pulled the air into my mouth, there was a combination of stewed peach and apricot.

Palate: I encountered an oily, medium-weight texture indicative of its stated proof. The front of my palate discovered pineapple, honey, and maple syrup, while the middle featured hazelnut, molasses, and a burst of lemon juice. The back had flavors of leather, rye spice, and black pepper.

Finish: It was as if this whisky had caught fire. Clove became some of the hottest cinnamon I’ve had yet. Leather was next, and it all ended with apricot and lemon peel.

Bottle, Bar, or Bust: Let’s get something out of the way. As I have always stated, this is a review site for the average whisky drinker. A $500.00 whisky is typically outside the budget for most. Gold Label Seagrass is no different. However, it is an impressive whisky, well worth drinking, and the only reason it is limited to its Bar rating is due to the price. Like the Gray Label Seagrass, this is an excellent example of what a Canadian whisky could be.