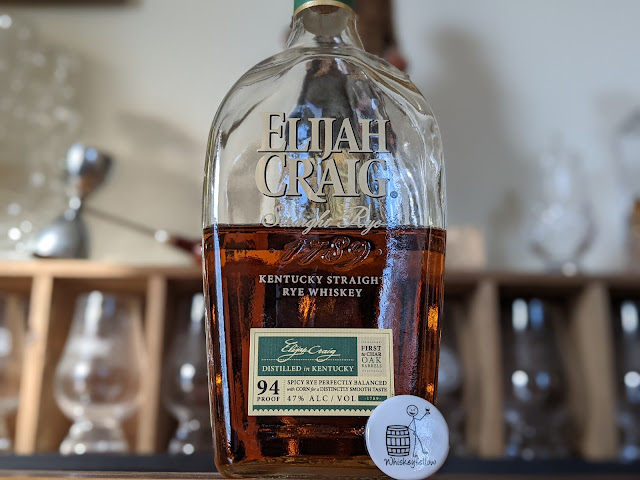 I am, admittedly, an Elijah Craig fanboy. It is one of the better value Bourbons around, especially when you get into the single barrel program. I was defending the brand when Heaven Hill removed the age statement, and everyone was saying they’d never drink Elijah Craig again (without ever tasting the non-age-stated version).

Every so often, I run into something from Elijah Craig that leaves me less than impressed. One of the most disappointing buys I made was on the 18-year. I spent a few years looking for it, and it was underwhelming, especially considering the price (it was only $99.00 then). I say this to show that even favorite brands release a dud or two now and then.

If you’re unfamiliar with the background of this brand, Elijah Craig was a Baptist minister, a teacher, and a businessman who many people credit being the inventor of Bourbon by storing whiskey in new, charred oak barrels. There is also debate as to whether those barrels were new or used. I’ve heard versions of the story that talk about his charring the barrels to hide the flavors of whatever the barrel was originally storing. In truth, nobody knows who the inventor was and who used the first new, charred oak barrel – it may very well have been Craig – or not. Regardless, it makes a nice backstory.

Heaven Hill released Elijah Craig Straight Rye in October 2019 to much fanfare. It took a bit to make its way to Wisconsin liquor stores. The Rye shares the same barely-legal 51% rye, 35% corn, and 14% malted barley mashbill as Rittenhouse and Pikesville. It carries no age statement and falls in at $35.00, slightly more expensive than Rittenhouse and much less than Pikesville. Similar to the Bourbon, it is packaged at 94°.

The Rye has been said by some to be excellent and others to be okay. Despite my love for the Bourbon, I can stay unbiased as this is a different whiskey. Let’s #DrinkCurious and see if the brand has a winner.

Appearance: Poured neat in my Glencairn glass, the Rye was orange amber. A medium rim generated thick, crooked legs that fell back to the pool.

Nose: Cinnamon, star fruit, and cherry formed a sweeter aroma joined by toasted oak and black pepper. The familiar Elijah Craig oak flavor introduced itself when I inhaled through my lips.

Palate:  A thin, light-bodied texture greeted my tongue. With Rye, you expect there to be spice upfront. Strangely, corn was the first thing I tasted, with vanilla and caramel. At mid-palate, things became spicier, with nutmeg, cinnamon, and clove. The back featured pimento, rye spice, and black pepper.

Finish:  Sweet vanilla and caramel carried through to the end, along with rye spice and cinnamon Red Hots candy. The duration was medium to long, with the Red Hots rounding things out.

Bottle, Bar, or Bust:  Elijah Craig Straight Rye is decent. I have to be honest, for $10.00 less, I believe Rittenhouse is a better value. It is the same mashbill at 100°, and I found it more flavorful. I don’t know that I would go out of my way to buy a bottle of the Elijah Craig version, and that's very hard for me to type. As such, I’m going to give it a Bar rating. Cheers!