My Visit to The Whiskey Biscuit Restaurant and Bar 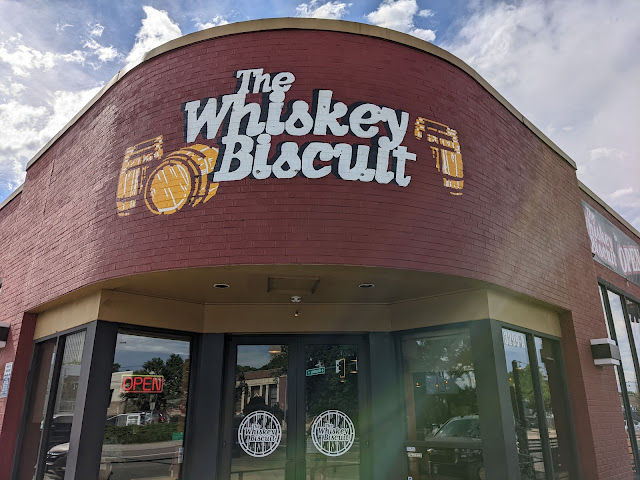 The Whiskey Biscuit is a whiskey bar that serves food. Something that we honed in on was how gluten-free friendly the menu is. Pretty much anything on it can be made gluten-free, and there were plenty of options from which to choose.

Last night, we took the opportunity to visit Whiskey Biscuit and, well, let’s say if we ever moved back to Denver, I might consider direct-depositing my paycheck there.

The bar is fully stocked with most of what you’d be interested in, including all the allocated stuff (Pappy, Blanton’s, Weller, etc.). It is primarily American whiskeys, although my eye also caught some of my favorite Scotches. They’ll also make craft cocktails as well as the basics. 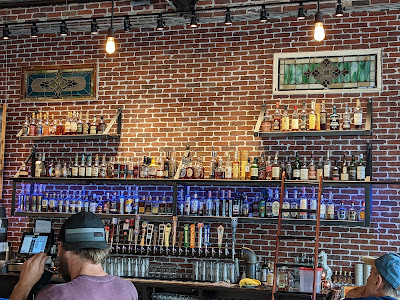 I opted for a flight of Colorado-only whiskeys. It included a pour of A.D. Laws Four Grain Bourbon, Distillery 291 Small Batch Rye, and Boulder Spirits Peated American Single Malt. Did I have a favorite? Sure, but the contest was unfair. After all, Boulder Spirits Peated took my 2021 Best American Whiskey of the Year award. My second favorite was the Distillery 291 Rye, followed by the A.D. Laws Bourbon. 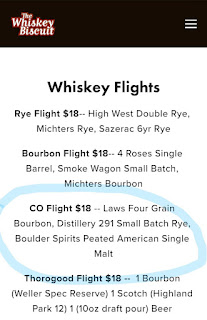 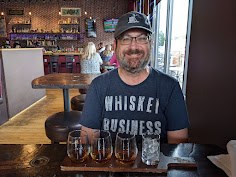 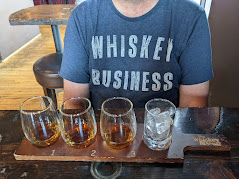 With everything on the menu, I was craving a good burger. I selected a mushroom swiss burger and fries. The patty had a Bourbon glaze and didn’t come with any of the annoying stuff I hate (lettuce and tomato); that was a plus. The bacon came from Mrs. Whiskeyfellow’s Chicken Club, which she enjoyed (but doesn’t like bacon – yes, I know, but she’s absolutely a keeper regardless). 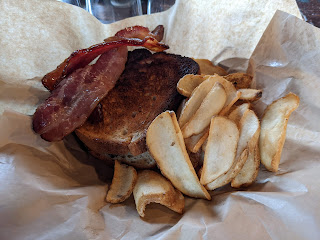 Considering everything we had, the bill was reasonable for Denver. We’ll definitely be back. If you’re interested in visiting, The Whiskey Biscuit is at 3299 S. Broadway in Englewood. Cheers!

Posted by Whiskeyfellow at 8:58 AM