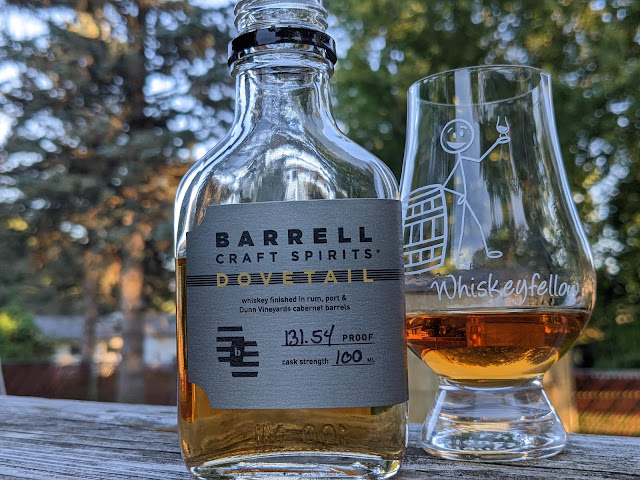 While handing out the 2020 Whiskeyfellow Awards, a whiskey called Dovetail won Best American Whiskey.  It was a marriage of MGP and Dickel whiskeys perfectly blended by Barrell Craft Spirits. You can read my review of Dovetail here.

Since then, I’ve not yet had a chance to revisit Dovetail. I was understandably intrigued when Barrell Craft Spirits announced it was releasing Gray Label Dovetail. The Gray Label releases have been consistently lovely and a significant step up from the originals. They normally involve older whiskeys folded into the standard blends.

Barrell does not disclose its distilleries, yet it also does not make it difficult to nail down which distilleries are involved. My big weakness in whiskey experience is on the Canadian side. As such, I have no clue which distillery was used.

Gray Label Dovetail is bottled at 131.54°, which is a significant number by itself. There is no age statement, and this Gray Label whiskey is priced in line with the others at $249.99.

Before I go any further, I must thank Barrell Craft Spirits for providing me a sample in exchange for a no-strings-attached, honest review.  Let’s #DrinkCurious and taste how it performs.

Nose:  The waft of air that escaped the glass contained caramel, molasses, cranberry, cinnamon, mint, leather, and freshly-shredded tobacco. I found leather and strawberry preserves when I inhaled that vapor through my mouth.

Palate:  I encountered an oily texture while the front of my palate plucked leather, strawberry jam, and molasses. The middle was chocolate, ginger, and cinnamon, while the back held old oak, caramel, black pepper, and tobacco leaf.

Finish:  The finish was crazy, with things happening randomly and everywhere in my mouth and throat. It was fruity; it was sugary; it was spicy; it was mineral; it was earthy. It also lasted forever, with bold ginger beer holding the longest.

Bottle, Bar, or Bust: Gray Label Dovetail is in a class by itself, and I’ve never tasted anything quite like it. I savored each sip and yearned for the next when the finish morphed yet always crescendoed the same. Is it worth $249.99?  That’s a steep price, but you’re not going to find anything else like this whiskey. I say Bottle for those who can afford it; if not, get yourself to a good whiskey bar so you can try it for yourself. Cheers! 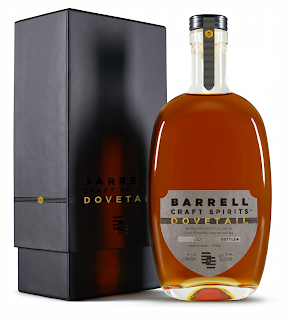