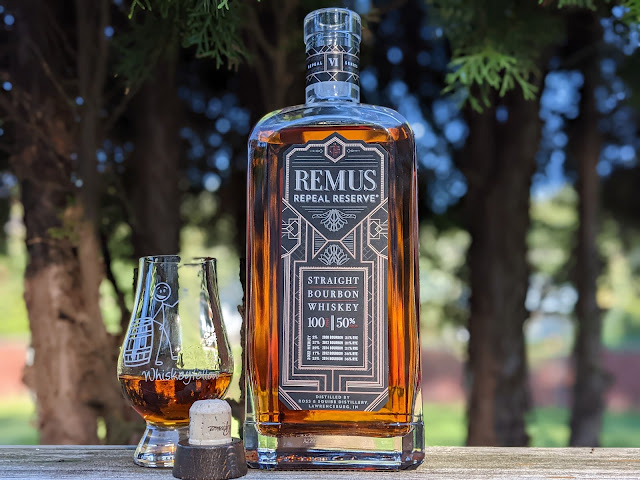 One problem in the Wonderful World of Whiskey is that a subsequent incarnation has to live up to the reputation of a former when an annual release has received tremendous accolades. So is the case with Remus Repeal Reserve VI. You see, Remus Repeal Reserve V took my 2021 Whiskey of the Year award. It was mind-blowingly good and not overly challenging to find (at least, not until I crowned it, but that’s just a coincidence). If you’d like, you can read that review here.

“The Remus Repeal Reserve Series provides our team the opportunity to showcase the incredible array of aged reserves available to work with, as well as our expertise at blending these Bourbons to create a special medley each year. Series VI is the latest in this award-winning collection that is certain to be yet another excellent example of what our Remus Repeal collection represents:  what great Bourbon can be.” – Ian Stirsman, Master Distiller

The story of George Remus is one of my favorite examples of Bourbon lore, and I hope you’ll allow me to go off on a slight tangent. I’ve taken this from my review of Series III.

Remus was an American icon. Oh, maybe not the best example of a decent person, but he was, nonetheless, an icon. He was known as King of the Bootleggers.  He was a criminal defense attorney. Some of his clients were bootleggers, most of them were murderers, and he got a green tint in his eye watching his bootlegging clients making a fortune. One day, he decided he knew more about the criminal justice system than anyone else, and he could make a ton of money by using his legal knowledge to do illegal activities and not fall prey to the authorities.

Remus was, indeed, very clever.  He found a loophole in the Volstead Act that allowed him to buy distilleries and distill medicinal whiskey. He wound up buying most of the operating distilleries in and around Cincinnati, and his schtick was that his employees would hijack his finished product, which he would then turn around and resell on the black market.

One day, Remus found out he wasn't as clever as he thought as the government indicated him of thousands of violations of the Volstead Act, and a jury quickly convicted him. He was sent to the federal pokey in Atlanta.

But wait, there’s more! Remus buddied up to a fellow prisoner and bragged about how all of his money was controlled by his wife. He didn't know that his new pal was an undercover agent named Franklin Dodge. Dodge then resigned from his position and engaged in an affair with Remus's wife. The two fell in love and started selling off Remus's assets, leaving him with a mere $100.

Don’t stop reading because that’s not the end.  Remus was on his way to court for his divorce proceeding when he chased down his ex-wife's car, got out, and shot her to death in true gangster fashion. He pled insanity, and the jury believed him, taking less than twenty minutes to deliver the verdict.

Now, let’s get back to the business of reviewing this Bourbon. This sixth release is described as a medley of five Bourbons, ranging in age from eight to fourteen years and, as always, bottled at 100°. All five Bourbons are MGP (now Ross & Squibb) distillate. The distillery will launch Repeal Reserve this month to coincide with Bourbon Heritage Month and has a suggested retail price of $99.99. The components of this medley include:

Now that you know what makes Remus Repeal Reserve special, it is time to #DrinkCurious and address my concern:  Will Series VI hold up to Series V? I must thank Luxco for providing me this sample in exchange for a no-strings-attached, honest review.

Appearance:  The liquid presented as deep, dark mahogany when poured neat into my Glencairn glass. A medium-thick rim formed syrupy legs that dragged back to the pool.

Nose: As I inspected the rim and legs, an aroma of berry fruits wafted from the glass. When I drew it closer to my nostrils, I found linen, leather, oak, and vanilla. Thick caramel danced across my tongue when I inhaled through my lips.

Palate:  The mouthfeel was light and silky. The front of my palate encountered Fig Newton cookies, stewed fruits, and vanilla, while the middle featured caramel, nutmeg, and toffee. I tasted charred oak, mint, and fresh leather.

Bottle, Bar, or Bust:  Series VI was very tasty, and to get this out of the way, it earns every bit of my Bottle rating.  The remaining question, however, is if it holds up to Series V. As much as I enjoyed Series VI, it didn’t meet its lofty standard. I wanted to ensure that my memory wasn’t romanticizing last year’s release and to verify that, I poured myself a glass of my 2021 Whiskey of the Year, which confirmed my suspicion. But, despite that, don’t pass up Series VI. It is well worth the investment. Cheers! 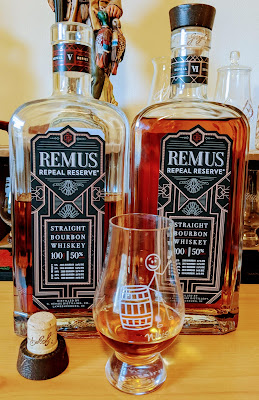