The First Ever Wisconsin Whiskey Fest Recap and Review

Everything has to start somewhere, and last night was the inaugural year of Wisconsin Whiskey Fest in Milwaukee. In full disclosure, I was comped a VIP ticket.

When founder Zack Farrar first announced the festival, I was publicly skeptical. Tickets were sold when it was still just an idea in Zack’s head, and no venue had been secured. As far as I knew, there weren’t any distilleries lined up. Finally, there was less than a year between that announcement and the actual event.

Some doubters felt Wisconsin Whiskey Fest would be a duplication of Distill America, which has been held in Madison for the last 14 years. Distill America is a wildly successful event that fans look forward to again and again. Yet, Distill America is not a whiskey event; it is a celebration of the American distilling industry that includes whiskey as a significant component. On the other hand, Wisconsin Whiskey Fest was centered solely around whiskey, both American and otherwise. 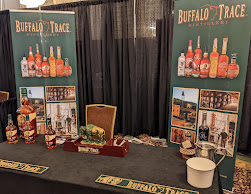 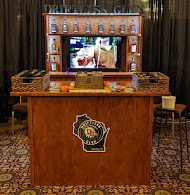 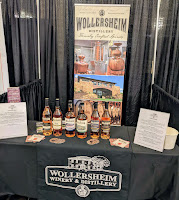 I went to the Wisconsin Whiskey Fest with an open mind and an almost #DrinkCurious mood. I was willing to give Zack the benefit of the doubt and take a look-and-see attitude.

I drank hardly anything, but I planned my evening that way. Aside from having a long drive home afterward, I wanted to keep a clear head during the festival.

I spent my evening talking to distillers, friends, and reps I knew. I met new-to-me distillers and reps (even at least two brands I'd never heard of before) and talked to random folks in the crowd. I did four Facebook Live sessions. People were smiling, laughing, drinking, and seemed to be having a good time.  I ran into many guests I knew (including a trio from the Janesville Bottle Club), and they told me they were enjoying themselves. 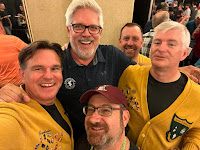 Plenty of food was available between the appetizers, carving station, and desserts. I didn’t engage in much eating because I hate standing in lines. But, I did sample some of the tasty appetizers.

Mistakes were certainly made, the biggest being the event’s timing. Wisconsin Whiskey Fest competed against the Kentucky Bourbon Festival and Bourbon and Beyond. Several brands did not put on their A-game as resources were likely directed to those events. But, it showed. The brands might have approached things differently if the festival had been scheduled differently in either direction for a few weeks. Zack must be more mindful of long-standing, competing events to limit the cannibalization of distillery resources.

In visiting with some of the reps there, I learned a few things that should be changed. I won't go into details because they were said to me in confidence. But I'm sure they'll give their bosses or Zack feedback.

Another issue was the VIP access. Special bottles were supposed to be poured for those who purchased VIP tickets. What was poured wasn’t what many expected or hoped for. If you were looking for Blanton’s, that was there. Other near-impossible-to-find whiskeys were missing, and that’s something that people who pay for VIP access to whiskey events not only expect but demand.

The Wisconsin Whiskey Fest must grow into something bigger for 2023 than last night to justify the price of admission at $150 for general admission and $200 for VIP access. In Wisconsin, we’re a little spoiled by what Distill America has to offer for half the price (to be fair, Distill America is a not-for-profit event).

The Wisconsin Whiskey Fest also needs a different venue for 2023, even if it does not grow in size. Once the general admission guests came in, there was hardly room to walk around. I felt bad for the brands blocked from view by the line of people getting food. I also don’t believe The Hilton City Center’s ballroom was set up for as many people that were there. I’m not talking about fire code issues; instead, it was uncomfortably warm inside. 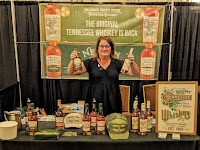 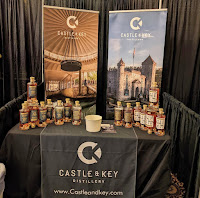 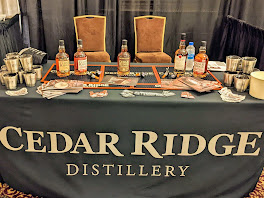 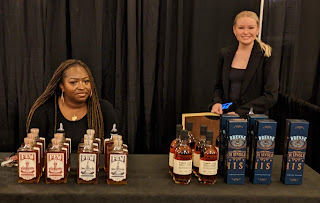 Posted by Whiskeyfellow at 12:56 PM