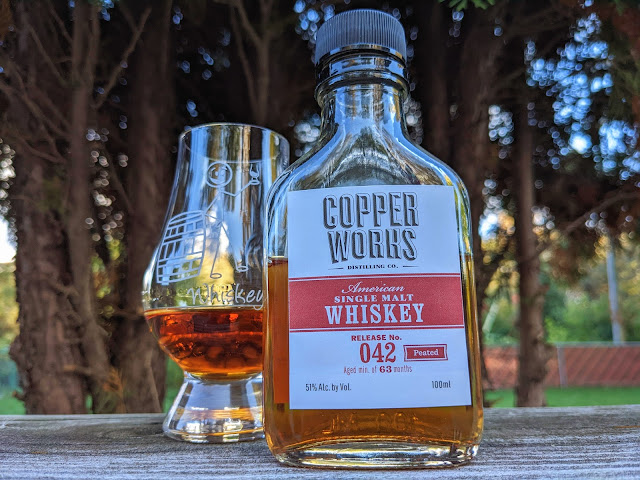 I love peated whiskeys. I know a segment of whiskey drinkers don’t enjoy it. Some have only tried it once or twice and were turned off by the flavor. They’ll describe it as burnt rubber, licking an ashtray, earthy dirt, medicinal, etc. What’s not realized, however, is that peat is a highly local phenomenon and varies greatly.

Peat is made from organic plant material brewing and compacted upon itself for millennia. Trace things back, and it makes sense that the local plant life impacts it and does the immediate environment. In a coastal environment, that may include a saline quality. In a marshy area, there may be a musty or earthy influence.

The peat is then harvested, usually in blocks. Those blocks are then used to end the malting process of the barley, and the way that is accomplished is to burn the peat to dry the barley.

The peatiness of a whiskey (or phenols) depends on several factors: the temperature of the burn, how much oxygen is available, the age of the peat being burned, and that’s only the burning of the peat. Other factors include how many phenols (measured in parts per million, or PPM) and how long the whiskey ages in the barrel.

The presence of peat in American whiskeys isn’t rare, but it is unusual. It can be present in any whiskey. I’ve had peated Bourbon. When peat is used, it is associated most with American Single Malts. But, even so, a peated American Single Malt is an exception, not a rule.

That brings us to today’s whiskey, Release No. 042 American Single Malt from Copperworks Distilling Co. It begins with 100% Copeland barley grown in Washington’s Skagit Valley, and the malting process utilizes peat from a lakebed on the Olympic Peninsula.

I thank Copperworks for providing me with a sample of Release No. 042 in exchange for a no-strings-attached, honest review. Now is it time to #DrinkCurious and explore what this whiskey offers.

Appearance: A neat pour in my Glencairn glass showed me a deep and dark orange amber whiskey. The medium-thin rim led to wide, crooked tears.

Nose: Surprisingly, peaty qualities were not prominent. Instead, I found thick caramel, pineapple, orange citrus, and pear. A kiss of smoke only escaped the glass to tickle my olfactory sense. When I inhaled through my mouth, I found the smokiness slightly stronger.

Palate: The texture was creamy and weighty. There was light smoke, pineapple, fig, and date on the front of my tongue, while flavors of cinnamon, vanilla, and almond hit the middle. The back offered toasted oak, salted caramel, and Brazil nuts.

Finish: Things started softly and slowly ramped up. As it did, the oak became more pronounced and took on a deeply-charred quality. In addition, I tasted white pepper, Brazil nuts, old leather, and salted caramel before everything fell off a cliff.

Bottle, Bar, or Bust:  Release No. 042 is one of those whiskeys where I don’t really care what it costs because it is a sipping experience that must be savored. There was nothing to dislike. The peat was so light that even folks who claim they don’t enjoy peat will discard that notion. I recommend this American Single Malt to Bourbon drinkers who aren’t sold on malts – Release No. 042 will change your mind. It earns every little bit of my Bottle rating. Cheers!