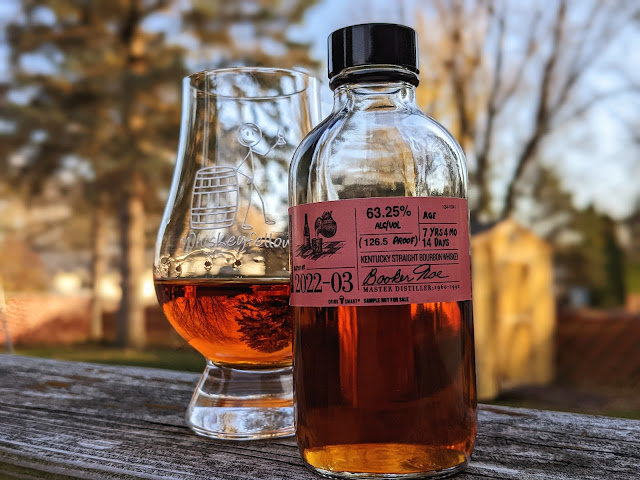 The Beam family is Bourbon royalty. It started back in the 1780s with Jacob Beam, who moved his family (and his still) to Kentucky. His son, David, took over the family business when he was 18. Then came his son, David M., who relocated the distillery to Nelson County. His youngest son, James, took the helm until Prohibition shut everything down. However, once Prohibition was repealed, James (who preferred to be called Jim) revived the family yeast and reopened his distillery in about 120 days at age 70.

Jim had a son who went by his nickname, Jere. Jere built a distillery in Bullitt County and introduced his family’s Bourbon to Europe. Unfortunately (or for us, fortunately), Jere had no children, so he passed the business to his nephew Frederick “Booker” Noe II. Booker was the first master distiller of Beam whiskey with a different last name. Booker was the man behind Basil Hayden’s, Knob Creek, Baker’s, and Booker’s.

Fred has a son named Frederick “Freddie” Booker Noe IV, following in his footsteps. But Fred and Freddie aren’t alone on the distilling family tree of Beams. They own and operate various distilleries, but they're all family at the end of the day.

Today I’m sampling Booker’s 2022-03, lovingly called Kentucky Tea Batch by Fred. It comprises Bourbons made on six different production dates and barrels aged in six rickhouses. Booker’s is made from the traditional Beam mash of 75% corn, 13% rye, and 12% malted barley and aged in new American oak with a #4 char level. It carries a 7-year, 4-month, 14-day age statement, is uncut and unfiltered, and is bottled at 126.5°. A 750ml package has a suggested retail price of $89.99.

“This batch is named after Booker Noe’s signature drink, which he called Kentucky Tea. Some people flavor their water with tea leaves, but Booker loved adding flavor with his namesake bourbon. He’d take one part Booker’s and four parts water and enjoy it with dinner, typically a country ham or fish - he said you needed to sip the right proportion of Kentucky Tea to really appreciate the food.” – Booker’s Bourbon

Before I get to the #DrinkCurious part, I must thank Booker’s for providing me with a sample in exchange for a no-strings-attached, honest review.

Appearance: Served neat in my Glencairn glass, Kentucky Tea presented as a true reddish-amber. The finest of rims formed widely-spaced, thick legs that rolled down the side and back to the pool.

Nose: I smelled a lot of oak mixed with a heavy dollop of caramel, honey-roasted peanuts, nutmeg, and smoke. When I drew the air into my mouth, a wave of butterscotch flowed across my tongue.

Palate:  The texture was silky, with thick, rich caramel and bold vanilla on the front of my palate. The middle featured creamy peanut butter that felt like it stuck to the roof of my mouth. A blast of clove, charred oak, and black pepper evened things out on the back.

Finish:  There was no “burn” to speak of; it was warming but just that – warm. Spice notes of clove and black pepper remained, joined by almond, peanut, and smoky oak. There was no need to rush the next sip because those flavors refused to leave.

Bottle, Bar, or Bust:  Believe it or not, this was the first batch of Booker’s that I’ve tried since its rebranding (of sorts). This Bourbon drinks way under its stated proof; if I didn’t know better, I would have guessed between 100° and 105°. For almost 127°, there wasn’t even a tingling on my hard palate.

This whiskey was uncomplicated, and that’s not a bad thing. As far as a value statement is concerned, its $89.99 delivered. I’m not a fan of traditional tea, but as far as Kentucky Tea Batch goes, I’m all in with my Bottle rating. Cheers!