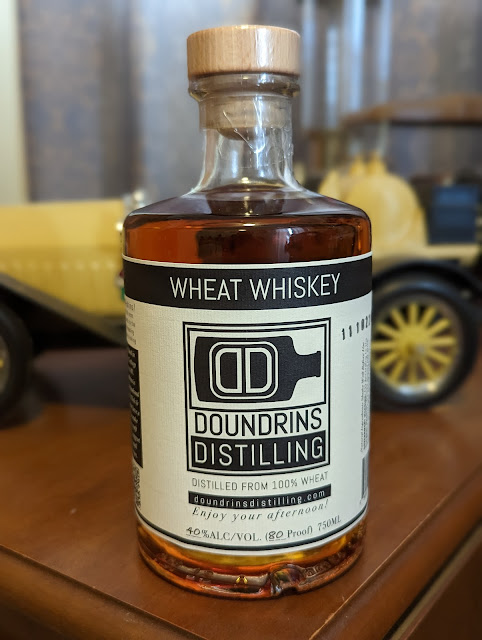 When distillers begin their whiskey journey, they have a few options. The first is to source mature stocks from another distillery, then bottle them and call them their own. Another is to use smaller barrels, which requires less waiting and allows the distiller to recover a return on investment faster. A third choice is to use standard-sized wood vessels and remain patient. Other things can be done, but they’re less common.

These three options are not without drawbacks. With sourcing, your reputation is earned on the work of others. At some point, if you want to release your distillate, it will be challenging to mimic what you’re purchased from others, even if you had access to the same mashbill. As such, the quality will change (good or bad), which is risky.

Using standard, 53-gallon barrels, you’ve got a lot of money tied up in inventory that is doing nothing for however long it takes for the whiskey to mature. Some people set an arbitrary number of years, but the truth is the whiskey is ready when the whiskey is ready. And, you have to hope and pray that you’ve done things correctly and everything comes together as you’d planned.

One of the typical features of utilizing smaller cooperage is that while the whiskey ages rapidly, it lacks the benefit of slow maturation, which causes wood notes, including a sensation of sawdust, to dominate.

When you distill wheat, it typically has no natural flavor of its own. Wheat tends to be an enhancer of flavor, and when no other ingredients are involved, any flavors will come from the barrels used. Some distillers add corn or other grains to the mash to soften that.

Located only a handful of miles from Whiskeyfellow’s international headquarters is a town called Cottage Grove, and there resides Doundrins Distilling. It is owned by Nick and Abby Abramovich, a husband-and-wife team, both of whom were trained as chemical engineers. The original idea was to get into brewing, but as they discussed this further, distilling became the focus, and in 2019, Nick and Abby turned that into a reality. They have, to date, released 25 different products, including vodkas, brandies, and liqueurs.

Doundrins' newest release is its first whiskey. I freely admit that I have been waiting for this since Nick and Abby first opened their doors. I admit, I was expecting Bourbon or Rye and was surprised they went with a 100% Wheat Whiskey. Because of its nature, it is almost as if Nick and Abby were throwing down a gauntlet at other Wisconsin distilleries, as I’m unaware of others doing it.

This wheat whiskey is made from a mash of 100% white wheat malt and aged for a single year in 10-gallon, new charred oak barrels. It was bottled at 40% ABV (80°), and a 750ml bottle costs $45.00. I purchased mine at the distillery, and it is also available at the Piggly Wiggly in Cottage Grove. Due to the size of the barrel, only a small number of bottles exist for this inaugural release.

How did Doundrins Distilling do with this wheat whiskey? Let’s #DrinkCurious and answer the question.

Appearance: A neat pour in my Glencairn glass revealed a wheat whiskey presented as brass-colored. It formed a thick rim that yielded even wider tears which crawled back to the pool.

Nose: Initially, the smell of sawdust and oak hid anything else. However, once my nose acclimated, nutmeg, walnut, and vanilla aromas came through. Interestingly, there was also something that I could swear was cardboard. When I drew the air in past my lips, vanilla rolled across my tongue.

Palate: A thick, buttery mouthfeel introduced me to flavors of vanilla and Honey Nut Cheerios. I tasted paprika, leather, and walnut at mid-palate, while the back featured black pepper, clove, and bold oak.

Bottle, Bar, or Bust: I found Doundrins’ first whiskey young but captivating. I’ve had 100% wheat whiskeys before this one and experienced much of what I expected. If you enjoy spice bombs, Doundrins Wheat Whiskey is sure to please.

Doundrins 100% Wheat Whiskey would bring plenty of character to a cocktail, more so than many others. I can see this being a shining star in that regard. But if you’re like me, and that’s not your goal when you purchase a bottle of whiskey, you’ll want to try this one first at a Bar. Cheers!