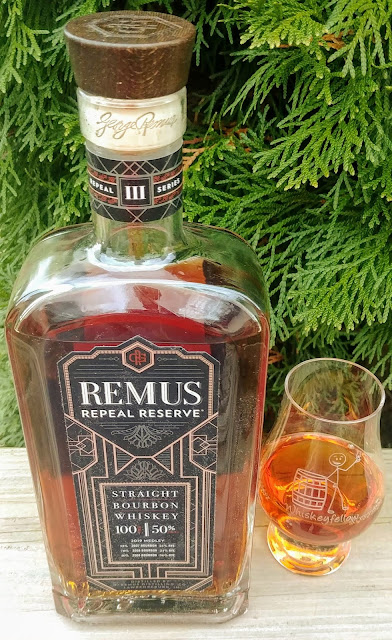 George Remus was an American icon. Oh, maybe not the best example of a decent person, but he was, nonetheless, an icon. He was known as King of the Bootleggers.  Remus was a criminal defense attorney. Some of his clients were bootleggers, most of them were murderers, and he got a green tint in his eye watching his bootlegging clients making a fortune. One day, he decided he knew more about the criminal justice system than anyone else and he could make a ton of money by using his legal knowledge to do illegal activities and not fall prey to the authorities.

Remus was, indeed, very clever.  He found a loophole in the Volstead Act that allowed him to buy distilleries and distill medicinal whiskey. He wound up buying most of the operating distilleries in and around Cincinnati, and his schtick was that his employees would hijack his finished product, which he would then turn around and resell on the black market.

One day, Remus found out he wasn't as clever as he thought as the government indicated him on thousands of violations of the Volstead Act and was quickly convicted by a jury. He was sent to the federal pokey in Atlanta.

The story gets even better. Remus buddied up to a fellow prisoner and bragged about how all of his money was controlled by his wife. What he didn't know was this new pal of his was an undercover agent named Franklin Dodge. Dodge then resigned his position and then started an affair with Remus's wife. The two fell in love and started selling off Remus's assets, leaving him with a mere $100.

But wait, there's more.  Remus was on his way to court for his divorce proceeding when he chased down his ex-wife's car, got out, and shot her to death in true gangster fashion. He pled insanity and the jury believed him, taking less than twenty minutes to deliver the verdict.

What's this history lesson have to do with a Bourbon review?  It is meant to provide some insight not only of a megastar during Prohibition, but also to show you this guy was a character. And, he was chosen by MGP to be the namesake of the brand of their Bourbon.

Remus Repeal Reserve is a limited-edition Bourbon in its now third incarnation, conveniently called Series III.  MGP has geared the full release of this Bourbon to coincide with Repeal Day on December 5th. MGP indicates this is made from one of the highest rye recipes they distill and is a blend of two mashbills:  12% of a 2007 Bourbon distilled with 21% rye, 78% from a 2008 Bourbon with the same, and 10% from a 2008 Bourbon with 36% rye. Series III has been bottled at 100°, is presented in a very attractive bottle has a suggested retail of $84.99.

I'd like to thank MGP for providing me with a sample of Remus Repeal Reserve Series III in exchange for a no-holds-barred, honest review. And now, on with the show!

In my Glencairn glass, Remus Repeal Reserve appeared as a deep, orangish amber. It left a hairline rim that stuck to the wall before finally creating fat droplets that seemed to defy gravity.


Aromas of candied orange peel and vanilla were apparent. Hiding behind those was soft oak and just a touch of cinnamon spice. When I inhaled through my lips, a blend of stone fruit and chocolate ran across my palate.


The initial sip offered a thin and oily mouthfeel that took effort to fully coat my palate even while doing the Kentucky chew. Caramel greeted the front of my palate, and I was initially concerned this would be boring. But, mid-palate, flavors of dark chocolate, coffee, and allspice took over, followed by leather, and a very brief wisp of cherry. There was no real back no matter how much I tried to force the Bourbon that way.


The super-long finish consisted of leather, dark chocolate, smoke, white pepper, rye spice, and oak. Complexity in a Bourbon's palate isn't all that unusual, but it has been quite some time since I've had one that was this complicated on the finish. It was a welcome diversion and pleasant surprise. It also had a nice tingly effect on my hard palate. For what it is worth, the white pepper stuck around at least five minutes.


Bottle, Bar or Bust:  The more I'm sipping this, the more I'm digging it. There is so much going on with Remus Repeal Reserve that it almost matches the convoluted backstory of the King of Bootleggers. I enjoy whiskeys that challenge me, and MGP did a great job of doing that.  Is this worth $85?  You betcha. This one earns an easy Bottle rating. If you see it, don't pass it up. Cheers!

Posted by Whiskeyfellow at 5:27 PM