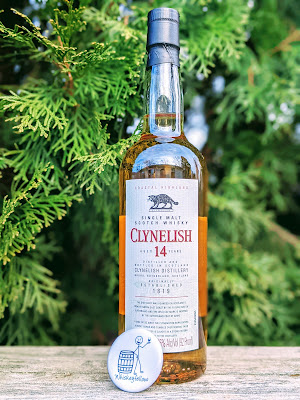 Have you heard of Johnnie Walker? How about Compass Box?  If you're a fan of either, chances are you've had whisky from the Clynelish Distillery. Clynelish is a big part of the base of most Compass Box expressions, and the largest part of the JW Gold blend is as well.
But, what is Clynelish? It is a Highland distillery, located in the remote, northeast coastal area founded in 1819 by the Duke of Sutherland. Before you get romantic over the idea of a distillery founded by a genuine Scottish Duke, don't. My research shows he wasn't the nicest guy. He paid his workers in coins that could only be spent in shops that he owned. Most of those workers were farmers that the Duke purposefully displaced.
The original distillery was smaller, and in 1967, the new Clynelish Distillery was established next door in order to keep up with the demand to use in blended whiskies. A year later, the original distillery was mothballed, only to be opened a year later under the name Brora Distillery. Brora was then shuttered in 1988.  The Clynelish Distillery is now part of the Diageo family.
Today I'm sipping on Clynelish 14 Single Malt. As you can gather from the name, this one is 14 years old. It aged in ex-Bourbon barrels, but there's some talk that sherry casks were also involved. Clynelish is a lightly-peated whisky, and the 14-year is its major expression. Bottled at 46% ABV (92°), you can expect to pay $79.99 for a 750ml.
And now, it is time to #DrinkCurious.
Appearance:  In my Glencairn glass, Clynelish 14 presented as a golden orange color. The rim was thin, but it created a heavy, luxurious curtain that fell back to the pool of liquid sunshine.
Nose: A fruity essence was evident while the whisky was oxidizing. Orange and lemon zest were obvious. Pear and apple were equally so when I brought the glass closer to my face. Floral notes made themselves known, which was joined by oak and vanilla. Almost missed was the whisp of smoke and waft of salted caramel. When I brought the vapor into my mouth, it was a blast of apple.
Palate:  The mouthfeel started off thin and became waxy. Think of very thin parafin that coated and then glued the flavors in place. On the front, I tasted apricot, orange citrus, and caramel. The middle offered smoked apple and pear. On the back I experienced smoky malt, toffee, and a bit of brine.
Finish:  A hint of smoke danced across oak, brine, lemon zest, milk chocolate, and pepper for a medium-length finish.
Bottle, Bar, or Bust:  Here's the thing:  Clynelish isn't going to blow your mind. But, it is enjoyable and goes down easy - perhaps a bit too much so. I emptied my glass before I even realized it. I loved picking out the flavors. There's absolutely nothing to be afraid of with regard to peat, and it lacks any astringent (Band-Aid) quality. This would be a good Scotch for newbies and experienced drinkers alike. The price is also easy to swallow, and all of this equals a Bottle rating. Cheers!
My Simple, Easy to Understand Rating System:
Posted by Whiskeyfellow at 6:00 AM