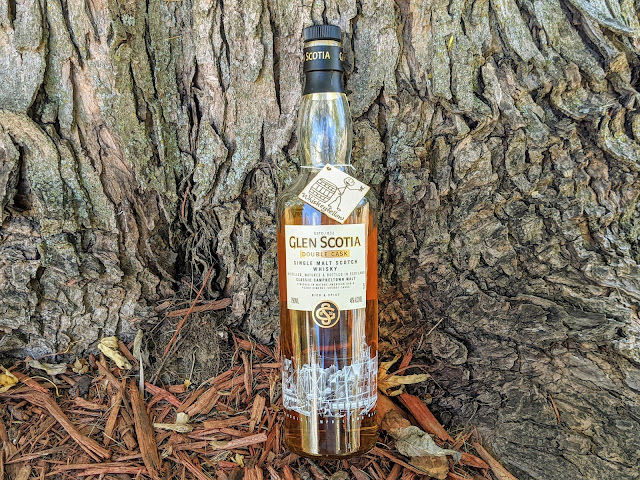 There was a time in Scotland when Campbeltown whisky was everywhere. There were over thirty distilleries in this region in its heyday, known as The Capital of the Whisky World. What changed? Some of it wasn’t particularly good for various reasons, plus an oversaturation of the market and that nasty word - Prohibition.

In 2010, only two remained:  Springbank and Glen Scotia.  A third, Glen Gyle (owned by Springbank), has since reopened.

Today, I’m looking at Glen Scotia, founded in 1832 by Stewart, Galbraith, and Company, a family-run business. They retained ownership until 1891, when it was purchased by Duncan MacCallum.  MacCallum added huge malting floors to the distillery. In 1933, MacCallum’s estate sold the distillery to Bloch Brothers, and it remained open until 1942.  In 1945, it reopened as World War II ended, and in 1954, the distillery was acquired by Hiram Walker. A year later, A. Giles purchased it, and then, in 1970, it became part of Amalgamated Distilling Products (ADP). In 1987, some of ADP’s managing partners, Gibson International, purchased the Glen Scotia. Finally, in 2014, Loch Lomond Group purchased the distillery and owns it to this day.

Glen Scotia still uses the original mash tun, still room, and dunnage warehouse. It no longer malts its barley but buys it to its exacting standards. Its master distiller and distillery manager has been Iain McAlister for the last dozen years.

One of its core single malt Scotch expressions is Double Cask, and that’s what I’m sipping on. It is a single malt, bottled at 46% ABV (92°), and carries no age statement. It ages in former first-fill Bourbon casks and then Pedro Ximenez sherry casks for an additional year. You can expect to pay about $49.99 for a 750ml bottle.  For the record, McAlister says the Double Cask is his favorite expression.

I acquired my bottle the same way most of you do – I went to the liquor store and bought it. Did I do okay? The only way to know for sure is to #DrinkCurious.

Appearance:  Served neat in my Glencairn glass, Double Cask presented as the color of bronze. It formed a sticky, medium-width rim that formed slow, husky legs that were in no rush to get back to the pool below.

Nose:  I found this whisky to be very fragrant even as it simply rested in the glass. Baked apple, stewed peach, berry, honey, caramel, flower, and brine hit my olfactory sense. Yes, those are a lot of notes, but they were all present. When I drew the vapor into my mouth, it tasted like I bit into a caramel apple.

Palate:  A medium-weighted mouthfeel offered salted caramel, vanilla cream, toffee, and nuts on the front. The middle featured cinnamon, baking spice, citrus, and dried apricot. More caramel, berry, and oak round out the back.

Bottle, Bar, or Bust:  I found nothing not to love with Double Cask. The Bourbon influence was easy to pick out, as was the PX sherry. It had a charming nose, a slightly complex palate, and a satisfying finish. Sure, it has no age statement, but that isn’t an accurate quality indicator anyway. For $50.00, this is a no-brainer Bottle, and I’m thrilled to have it in my whiskey library. Cheers!