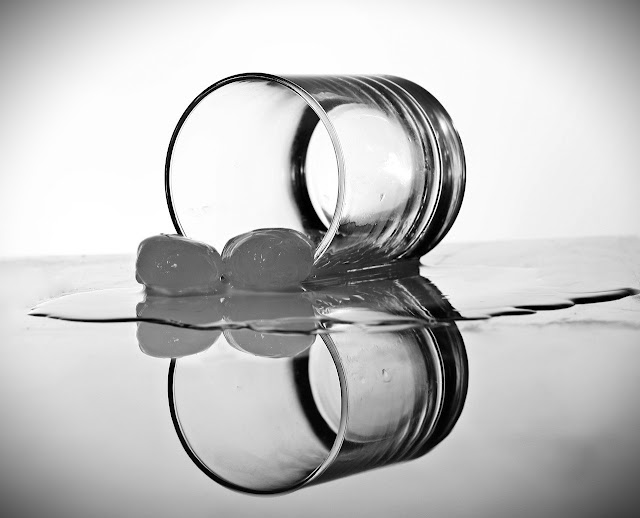 I’ll start with the usual disclaimer:  I am not a doctor, nor do I play one on television.

My family history is one of male alcoholism.  I’m aware of at least four generations on my maternal side.  It is why I waited until my 30’s to start experimenting with alcohol. I never drank in high school; I drank once in college, didn’t like it, although the friends who gave me a drink were horrible about how they did it. It was Bacardi 151; they poured a water glass full and told me I had to chug it so it wouldn’t burn. It burned anyway. I remember standing up, muttering something about not feeling so good; I took three steps and then woke up the following day with magic marker things scribbled all over my body.

The first time I got hammered of my own free will was on my honeymoon in Jamaica. We stayed at a Sandals resort, the drinks were free, and I discovered frozen mudslides. I went night-night in an auditorium where they were running a silent auction. I woke up a wee bit later, and much to the horror of my brand new bride, screamed, “A DOLLAR!” Humiliated (but apparently, not enough to have the marriage annulled), she escorted me out and back to our cabana.

I’ve not found myself drunk all that often since. When that does happen, I’m usually at a massive tasting event, I’m drinking water between sips, but the sheer volume of what I’m sipping/spitting is enough for my body to absorb the alcohol. I’m also sure to have a designated driver (Mrs. Whiskeyfellow, who I still embarrass but just not as much as on our honeymoon) because I like having a driver’s license and not being responsible for anyone’s death.

I do drink almost daily. That drinking is limited to one pour of whiskey, which takes about an hour or so to finish, especially if I’m putting together a review. And, unless it approaches Hazmat territory, it doesn’t even give me a buzz.

I’m not an alcoholic, and I’m not in denial.  So, what’s the point of my blathering as if I am?

There exists a thing called Dry January.  Dry January is when some folks start feeling guilty about their recent alcohol intake over the holidays and want to do “good” for their bodies by abstaining from alcohol for the month. I have nothing negative to say about people who participate in Dry January challenges; people should do what is best for themselves.

I won’t get into liver enzymes; I’ll leave that to gastroenterologist Dr. Michael Apstein,  who wrote about this in 2016. In a nutshell, he suggests that if you’re a heavy drinker, taking a month off won’t do a darned thing to fix your liver. If you’ve damaged your liver from drinking to excess, maybe you should think about not drinking for 31 years instead of only 31 days.

If you think you may have a drinking problem, then a Dry January (or any month for that matter) is an excellent opportunity to test the theory. If you can’t make it through a month without a pour of whatever, then you should seek help.

There are some fantastic resources out there for you if you need them:  The National Council on Alcoholism and Drug Dependence (NCADD), Alcoholics Anonymous (AA), and Al-Anon, all of which have long histories and success stories (Al-Anon helps loved ones of those addicted).  There are likely other local resources for you.

I want to say one final thing. If you’re like me, and a Dry January isn’t something you need, don’t shame others for doing it. Let them go about what makes them happy. They have their reasons for doing it, and at the end of the day, we should support those who do.

I lied. I have something else. If you want to do the Dry January thing but still want to “drink,” or are going out with friends and want to have a cocktail, you may want to check out products like Ritual Zero Proof. I reviewed its whiskey alternative almost two years ago, but they also have faux Gin, Rum, and Tequila options.  By the way, this is great for designated drivers, too.


Whiskeyfellow encourages you to enjoy your whiskey as you see fit but begs you do so responsibly.