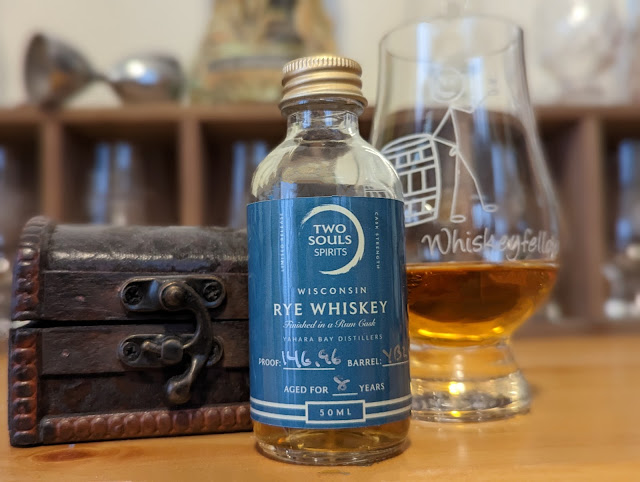 Something that makes me happy is how independent bottling is finally catching on in the United States. Independent bottlers have been around Europe, particularly Scotland, for what seems to be forever. But, in this country, there appears to be a stigma.

Some people are confused by the terms independent bottling and sourcing. That’s understandable, too, since the lines can easily blur. Independent bottlers will typically not only disclose but prominently display who the distiller is on the label. The goal can be to acquire an off-profile barrel or to do something special with the barrel that the distillery would not normally do, such as an unusual finish. Or, the distillery may usually send its stocks off to be blended with others, whereas the independent bottler will sell that single barrel for whiskey enthusiasts to try.

On the other hand, sourcing usually results in a non-distilling producer (NDP) buying stocks from different distilleries and branding them as its own. Some are more transparent than others, and nothing (unless you get into bottled-in-bond spirits) states you must disclose who did the distilling. Sourcing is also done by blenders, who take barrels from several distilleries to create something new. Talented blenders can do magical things with whiskeys.

“Our mission is to hand-select exceptional spirits from craft distilleries that are reflective of the region where they are created. We are committed to providing full transparency and sharing our partner’s stories and products with a national audience.

Two Souls Spirits has released its 2022 Winter Collection. One of those whiskeys is an 8-Year Wisconsin Rum Cask Finished Rye sourced from Yahara Bay Distillers, the oldest distillery in the state. Two Souls Spirits selected Barrel #44, a mash of 95% rye/5% malted barley, and placed it in new, #3 charred oak barrels at an entry proof of 120°. After eight years, it was then transferred to rum casks for three months, and when finally dumped, it weighed in at a hazmat proof of 146.96°. Incidentally, it may be the highest-proofed whiskey I’ve reviewed yet! It is non-chill filtered, and there are 158 750ml bottles available. You can expect to pay $118.99 on Two Souls’ website.  Two Souls Spirits ships to 44 states around the country.

How’s this heavy hitter taste? The only way to know for sure is to #DrinkCurious. Before I get there, I must thank Two Souls Spirits for providing me with a sample in exchange for a no-strings-attached, honest review.

Appearance: Poured neat in my Glencairn glass, this Rye presented as a light amber. With this proof, I would have assumed it to be darker. Try as I might, I could not get a rim to form on the wall of the glass. It kept collapsing into a wavy curtain.

Nose: Amazingly absent was any alcohol blast when I brought the glass to my schnozz. Instead, I smelled toasted oak, brown sugar, vanilla, and cinnamon. As I pulled the air through my lips, vanilla mint was evident.

Palate: The oily texture sizzled on my tongue. Cinnamon and rye spices combined with vanilla cream were on the front of my palate. As it moved back, candied orange peel, molasses, and sugar plums took over. Ginger spice, dry oak, and nutmeg rounded the back.

Finish: Unexpectedly, the finish was relatively short. How does something that carries this much punch (at least on paper) not stick around? Ginger, rye, and cinnamon spices were accompanied by sugar plum and molasses, which provided me the sensation of eating a good fruitcake.

Bottle, Bar, or Bust: This Wisconsin Rye Whiskey drank below its stated proof. It was an attention-getter as it was, but I’ve had stuff far bolder. The experience was the opposite of what I anticipated, proving the #DrinkCurious lifestyle is well worth living. I’m pondering the value statement here. Sipping it was a nifty journey, but I’m not convinced it is worth the $119.00 investment. Because of that, it earns my Bar rating.

On a side note, this is the best whiskey I’ve tasted out of Yahara Bay Distillers. Cheers!