One of my favorite aspects of being a whiskey reviewer isn’t writing reviews. Oh, believe me, I love writing reviews. I try to compose one at least weekly. But what I enjoy best is helping folks new to the Wonderful World of Whiskey learn everything they can. I think that’s because I had great people guiding me when I was new to the scene.

You can read the rest of this article at Bourbon & Banter. Cheers!

Posted by Whiskeyfellow at 8:58 AM No comments: 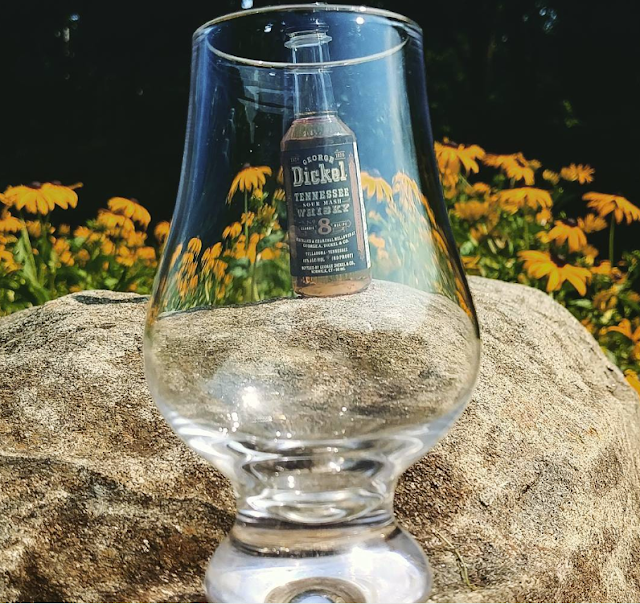 I've never reviewed Tennessee Whisky before, mostly because I rarely drink it. I have been in a very #DrinkCurious mindset; lately, an opportunity has presented itself, and, well, here we are.

There is a lot of controversy as to whether or not Tennessee Whisky meets the standards of Bourbon. I remember asking Jim Rutledge of Four Roses what his thoughts were; he gave me a definitive "No," but he also had a huge smile when he said it.

I can tell that Tennessee Whisky meets every standard required to be labeled as Bourbon.

Today I'm pouring George Dickel No. 8 Classic Recipe. It has been a few years since I tasted anything Dickel. And now, it is time for the review.

Appearance: The appearance is dark amber. Swirling it around in my Glencairn glass leaves thin, watery legs that quickly drop back into the pool of whisky.

Nose: The aroma is heavy citrus that then becomes reminiscent of Old English furniture polish. It is pleasant at first but then causes me to wrinkle my nose. Behind that is some faint oak. Breathing through my open mouth yields many levels of unpleasantness.

And, I will do something I have never done before in a review because I want to be fair. I've already let this rest several minutes, and I'm letting this sit another ten minutes before continuing.

That extra resting period was what was needed. That up-front citrus remained, and behind that, apple or pear. The oak is not coming through. Inhaling through my mouth brought more apple or pear.

Palate: The first run on my palate gives crisp apple, honey, and mild wood. There's not much else. A second sip brings more wood that becomes very dry, and that apple is muted with mint in its place. The mouthfeel is creamy and amazingly smooth.

Finish: The finish is all front and consists of spice and dry wood. It lingers for several minutes. Some may think there is a lot of burn in that finish, but in my opinion, that's just dry.

Bottle, Bar, or Bust: At 80°, George Dickel No. 8 is easy to have in your mouth, it has a welcoming texture, but I'm not enjoying the flavor. As such, I can't recommend this, even with its attractive $20 price point. It takes a Bust. Cheers! 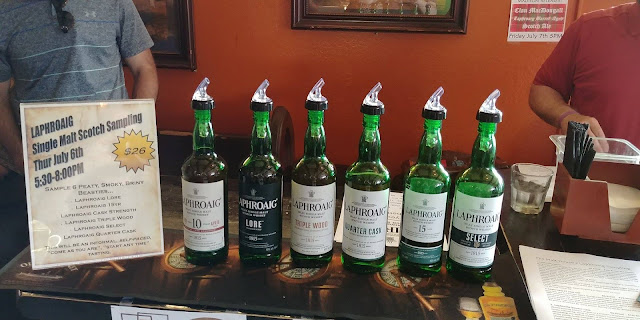