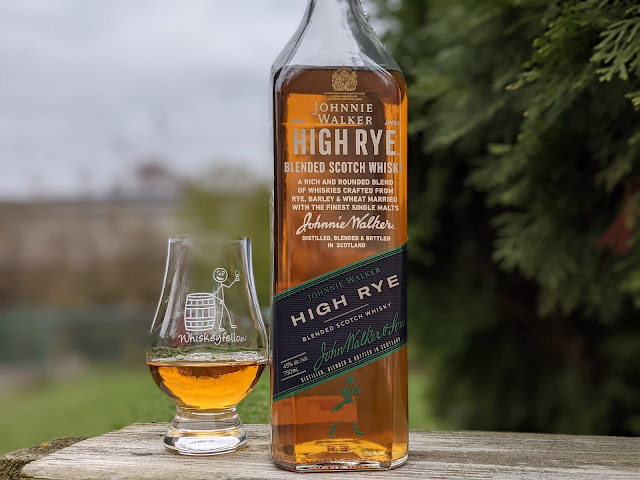 There are a few whiskies that, as soon as they are introduced, generate plenty of stern opinions before anyone has had a chance to taste one. When the press release came out a week or so ago announcing Johnnie Walker High Rye, it took a few minutes for people to start laughing, saying it was disgusting, strange, just a mixer, etc. I even read in a group I belong someone dismissed this as more Johnnie Walker garbage.

Let’s talk about a few things. First, Johnnie Walker, like anyone else, makes good stuff and not-so-good stuff. Most of its releases carry no age statement, and all are blends. Second, there are three types of Scotch drinkers: those who refuse to drink non-age-stated whisky, those who only drink single malts, and those who #DrinkCurious.  As you’re well aware, I’m in that last category.

Then, there’s the other half of the equation – the age statement. Age is simply a number that represents the youngest whisky in any marriage of barrels – in theory. As an example, you can have a 12-year Scotch that contains no 12-year Scotch in it, because everything in that batch was older. Or, it could have a small amount of 12-year and a huge amount of something older. And, it doesn’t matter if we’re talking single malt or blends. Moreover, a 12-year whisky can taste much better than a 15-year and vice-versa.

In my opinion, those who refuse to drink blends or anything without an age statement are cheating themselves out of amazing experiences. But, hey, that just means there is more for those of us who do!

Getting back to Johnnie Walker High Rye, it begins with whiskies sourced from Cardhu (Speyside), Cameronbridge (Lowland, and the oldest grain distillery in Scotland), Teaninich (Highland), Caol Ila (Islay), Clynelish (Highland), and Glenkinchie (Lowland) distilleries. Sixty percent of the mashbill is rye, which I am assuming is from Cameronbridge, as is likely the wheat component. The remaining ingredient is malted barley. As you can discern from my rant above, it carries no age statement. It is bottled at 45% ABV (90°) and I paid $25.00 for a 750ml bottle, making this an excellent opportunity to #RespectTheBottomShelf.

“A mastery of blending to create a bold, new offering. It tempts palates with a revolutionary taste profile that can only be born from the powerful blend of key Johnnie Walker Black Label tasting notes and rye whisky flavors.” - Diageo

Did I do well with my purchase? Let’s find out!

Appearance:  There is orange and then there is amber. Served neat in my Glencairn glass, this appeared orange in color. It formed a medium-thick rim that produced long, heavy, wavy legs that fell back to the pool.

Nose:  I could have been in a Jewish bakery that just took fresh rye bread out of the oven. Then, there was warm butter. Next, aromas of thick caramel, nutmeg, cantaloupe, and toasted oak made me excited to take the first sip. When I pulled air into my mouth, it was straight apple pie filling.

Palate:  The mouthfeel was creamy and full-bodied. That apple pie thing continued with green apple, vanilla cream, and brown sugar on the front. As it hit the middle, the brown sugar morphed to caramel, which then morphed again to English toffee. I also tasted saltwater taffy. The back featured nutmeg, oak, clove, and a puff of smoke.

Finish:  Things began short, but the more I sipped, the longer it lasted. Cinnamon spice, allspice, and clove were married to tobacco and a kiss of sweet peat.

Bottle, Bar, or Bust:  Johnnie Walker High Rye may be one of the best bottom-shelf Scotches I’ve tried. The whole rye/barley/wheat thing worked beautifully. Nothing overpowered, it was surprisingly complex, and I’d gladly pay twice the price without blinking. Yes, this one snags a Bottle rating. Cheers! 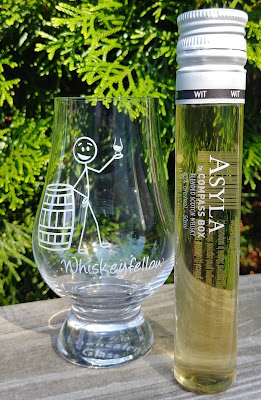 Scotch is a wonderful category of whiskey. You have distinctive regions that, while there are exceptions, give you a few qualities to expect depending on where they're distilled. The Lowlands offers whiskeys generally light and floral. With Islay, you can usually rely on peat. Speyside, the largest per capita region is very diverse, but you can count on sweet and rich whiskeys. Campbeltown suggests briny, smokey choices. The Highlands is probably the most challenging to pin down, as the region is incredibly vast, consisting of islands, grasslands, and mountains. You can find peated, fruity, floral, and everything across the spectrum.

There are Scotch drinkers who will only drink single malts and simply do not consider blends. My whiskey philosophy has always been to #DrinkCurious and I believe anyone who limits what they drink does themselves no favors. Single malts are easy, and not all single malts are great or even good - just like any other whiskey category. And, while there are some poor blends, there are some purely amazing representations, with everything in between. A blend is when a distiller wants to arrive at a finish point and has to map the way there. I describe it as an art form.

Today I'm reviewing Compass Box's Asyla, which is (as you can guess) a blended Scotch. By a blended Scotch (different than blended malt or blended grain), it means it is distilled of both malted barley and grains.  One of the things I always give props to Compass Box for is its transparency. Compass Box has no issues telling you where they source from and what the makeup of each whiskey is.

Appearance:  In my Glencairn glass, Asyla presents as very light, almost like straw or hay. It left a very thin rim on the wall that generated fast, thick legs to drop back to the pool of liquid sunshine.

Nose: Very fruity aromas consisting of peach, honey, and apple permeated my nostrils. When I inhaled through my lips, it was a combination of big, strong apple and vanilla.

Palate:  The mouthfeel was airy and delicate. As it flowed across my palate, the front was a marriage of apple and citrus flavors.  Then, at mid-palate, it became grassy and earthy. But, try as I might, I could not find anything on the back. It was so muted there was just nothing to discern.

Finish:  All of this led to the finish which, despite the lack of anything on the back, was longer than I anticipated. It was all pepper and oak, most likely from the Bourbon barrels.

Bottle, Bar, or Bust:  Compass Box whiskeys are a mixed bag. Some are priced well into triple digits, others are very affordable. Some are excellent, others not so much. I have high regard for it, though, and a willingness to stick its neck out there and experiment. So, where does Asyla fall on this range?  Somewhere in the middle. It is a decent bargain Scotch and very uncomplicated, but due to the muting on the palate, this may not be for everyone. I was happy to taste it but wouldn't buy it myself. As such, Asyla earns a Bar rating. Cheers!

Whiskeyfellow encourages you to enjoy your whiskey as you see fit but begs that you do so responsibly.
Posted by Whiskeyfellow at 6:00 AM No comments: 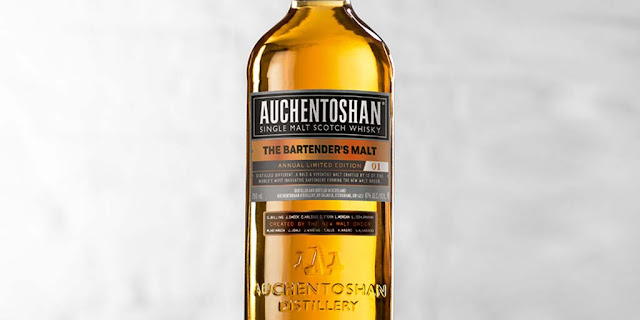 If you don't like peat and you don't like "band-aid" flavors, there are still plenty of options for drinking Scotch. Auchentoshan "The Bartender's Malt" has neither of those qualities, read my review at Bourbon & Banter to see if this affordable Scotch is right for you. Cheers!
Posted by Whiskeyfellow at 7:30 AM 1 comment: