Peanut Butter Whiskey Showdown: Whose is the Best? 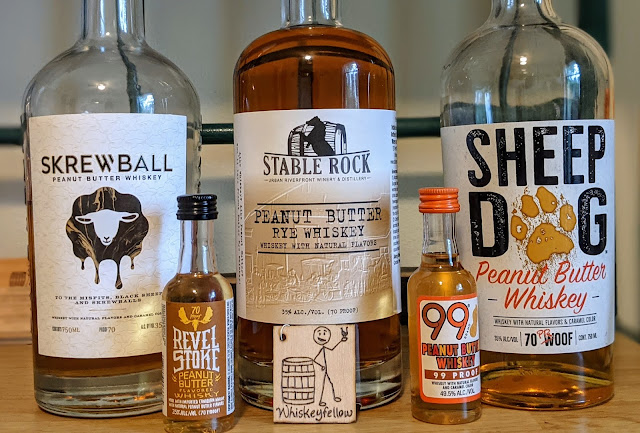 The earliest food I can remember ever enjoying was peanut butter. I used to drive Mom crazy. She’d make me various sandwiches and I’d sometimes come home with them uneaten. Egg salad, bologna, turkey, whatever… but peanut butter and jelly sandwich was a guaranteed hit and, in my opinion, da bomb.

I've reviewed peanut butter whiskeys before, but never tried a head-to-head challenge... until now. The results have been published at The Next Taste in its 2021 Holiday Edition. Cheers! 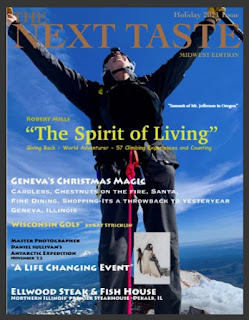 Posted by Whiskeyfellow at 9:13 AM No comments: 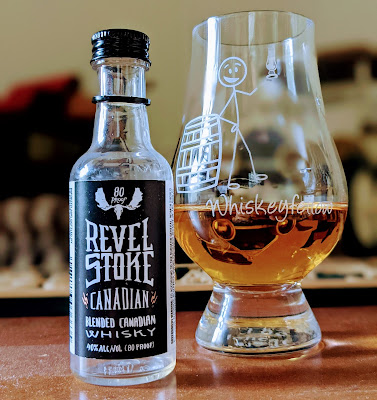 I am Whiskeyfellow. I drink whiskey and I know things. I love whiskeys from around the world:  The United States, Ireland, Scotland, Australia, Israel, France, Sweden, India... you get the idea. But, there is one niche of whiskey I've not been fond of, and that's the stuff from Canada.
One of the first non-American whiskeys I tried was a Canadian. To my then untrained palate, it was horrible. I've tried a number of Canadian whiskies since then. I've had some that were upper-tier, such as from Alberta Distillers but there was never a wow factor to any of them. I know Canadian whisky has its fanbase, and I respect that. And, part of the #DrinkCurious lifestyle is the requirement to revisit stuff you didn't like in hopes that a more mature palate (your palate is always maturing no matter how experienced you are) might appreciate it more. To be perfectly frank, I'm looking for a Canadian whisky that will change my mind about Candian whisky.
Canadian whisky has to be mashed, distilled, and aged in Canada for at least three years in small wood barrels, must possess the aroma, taste, and character generally attributed to Canadian whisky, and, finally, can be colored and flavored with caramel.
I'm sure you've heard of Canadian Rye. That's a general term for Canadian whisky. Did you know that in order to be called Canadian Rye, there is no requirement for a single grain of rye in the mash?
After a fairly long hiatus, I'm back to trying something Canadian. In this case, it is Revel Stroke Blended Canadian Whisky. Named after the mountain resort Revelstoke in British Columbia, Revel Stoke is known for its various flavored whiskies. It is owned by Phillips Distilling Co. out of Minnesota. Phillips holds a lot of information close to its vest. The mashbill is unknown. The distiller is unknown. It makes no secret, however, that this is a blend of three-year and eight-year whiskies. A one-liter 80° bottle will set you back about $12.99, making it a very affordable choice.
While the affordability aspect is nice, what's more important is how it tastes.
Appearance:  Poured neat in my Glencairn glass, Revel Stoke presented as pale gold in color. It formed a thicker rim that stuck to the wall while the watery legs raced back to the pool.
Nose:  The initial aroma was caramel, which didn't shock me considering the legally allowed caramel additive is a factor. Behind that was an ethanol punch. Once I got past that, I picked up a faint Jolly Rancher green apple smell.  I tried to pull the vapor into my mouth, but there was nothing.
Palate:  The mouthfeel was watery and light. It offered an almost immediate tingle to my tongue but left the hard palate alone. I picked up just two flavors:  corn and toasted oak. Try as I might there was nothing else to be had.
Finish:  The tingle continued into the finish, which was longer than I anticipated based upon the mouthfeel and palate. It consisted of toasted oak, clove, and raw almond.
Bottle, Bar, or Bust:  This isn't the Canadian whisky to change my mind about Canadian whisky. What this really is is a mixer or something to slam as a shot. Or, it is a whisky to drink for someone who really doesn't like the taste of whisky because there's just nothing there whisky-like, at least in my opinion. I don't buy whiskies for the purpose of having a mixer. I'd rather use a good whisky to make good cocktails. Revel Stoke earns a Bust. You can do much better than this. Cheers!
My Simple, Easy to Understand Rating System
Whiskeyfellow encourages you to enjoy your whiskey as you see fit but begs that you do so responsibly.