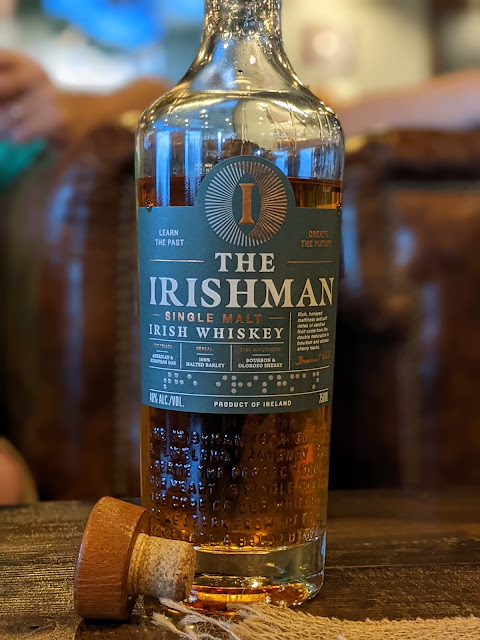 Did you know that Irish whiskey used to be the best-selling spirit in the world? It also has a rich history. The first documented production of Irish whiskey was in 1405, and in 1608, King James I issued the first distillery license. In 1661, King Charles II instituted a tax on its production. Demand was at an all-time high, which meant that distillers were concentrating on pumping out as much whiskey as possible, consequences be damned.

That prompted Parliament to pass a law governing the quality of Irish whiskey. It also changed the tax structure from actual production to potential production! That killed off, at least in a legal sense, much of Ireland’s smaller distilleries. In 1823, Parliament realized its mistake and slashed taxes by half, which encouraged growth and led to the high point of Irish whiskey’s popularity.

What caused the downfall?  There were several factors. First, there was a temperance movement in Ireland during the mid-19th century. The second was the invention of the Coffey still in 1832. Then there was the Great Famine of the 1840s. That was followed by the Irish War of Independence, the Irish Civil War, and a trade war with Britain. That trade war eliminated exports to Britain and its commonwealths. If that wasn’t bad enough, Prohibition in the United States, followed by protectionist laws in Ireland and serious financial mismanagement by distillers, nearly killed the entire industry. The 1970s was Irish whiskey’s lowest point, with only two operating whiskey distilleries remaining!

In the mid-1980s, the world again wanted to embrace Irish whiskey, and new distilleries started to emerge. It soon became the fastest-growing category. As brands were trying to satisfy the demand, like the recent surge in American whiskey brands, new Irish whiskey producers had to source aged distillate to fill bottles.

One such company was Walsh Whiskey. If you’re unfamiliar with it, it produces two product lines: The Irishman and Writer’s Tears. In 1999, co-founders Bernard and Rosemary Walsh established their brands, intending to revive the heyday of Irish whiskey.

“As whiskey creators, we work with a range of carefully selected partners to explore how different grains, whiskey styles, and woods interact and contribute to taste over time – plenty of it! We seek out the best styles and distillates in Ireland, as well as casks from the four corners of the world. When cask-hunting, we look for, not just those of the highest wood quality and barrel structure but, most importantly, the ones that have been seasoned with exceptional liquid.” – Walsh Whiskey

Today I’m sipping on The Irishman Single Malt. As the name implies, it starts with 100% Irish barley that, after triple-distillation, rested in both former Bourbon barrels and Oloroso sherry casks.  It carries no age statement, and the bottle suggests it was produced for Walsh Whiskey, meaning it was sourced, and was actually distilled by Irish Distillers Ltd. at its Midleton Distillery. The entire line of The Irishman was relaunched in 2022 with new bottles and labels. The Irishman Single Malt is made in batches limited to 6000 bottles or fewer. You can expect to pay about $45.00 for a 40% ABV (80°), 750ml package.

Before I start the review, I must thank The Irishman for providing me a sample (and this lovely gift box) in exchange for a no-strings-attached, honest review. Now, it is time to #DrinkCurious. 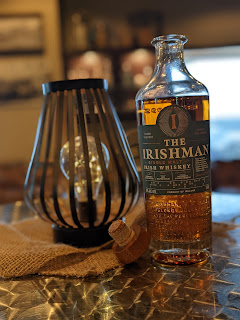 Nose: As I sniffed what was inside, a blast of orchard fruits, including apricot, peach, apple, and pear, were joined by honey and cinnamon. It had a definitive maltiness when I drew the air into my mouth.

Palate: A creamy texture commanded a medium-to-heavy weight, which was truly unexpected from a 40% ABV whiskey. Caramel, honey, and bright apple were on the front of my palate, while the middle featured Fig Newtons, graham crackers, and black pepper. As things rounded out, I tasted golden raisin, cinnamon, and dry oak.

Finish: The finish went from soft to bold and seemed to last forever (again, this is only 40% ABV?). Notes of fig, raisin, cinnamon, and oak stuck in my mouth, but then, from completely out of nowhere, was a blast of chocolate.

Bottle, Bar, or Bust: There are a lot of 40% ABV Irish whiskeys out there for less than the cost of The Irishman Single Malt. If you’re shopping based on price, you’ll cheat yourself out of something special. Even Mrs. Whiskeyfellow took a sip and smiled, then begged for a second. I’m thrilled to crown this with my Bottle rating and have this in my whiskey library. Cheers! 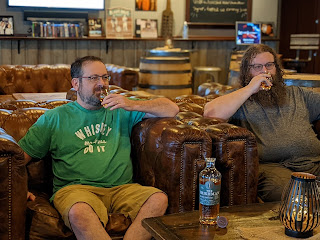 Whiskeyfellow encourages you to enjoy your whiskey as you see fit but begs you do so responsibly. Must be 21+ to enjoy.

Posted by Whiskeyfellow at 5:14 PM No comments: