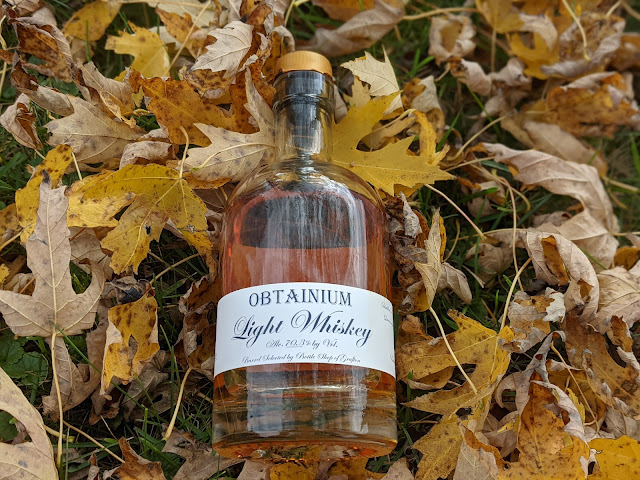 I’ve reviewed several barrels of Obtainium Light Whiskey in the past. Some were excellent, one or two could better be described as a hot mess. So, when the Lake Country Bottle Club requested I review their barrel pick in conjunction with the Bottle Shop of Grafton, I was open to the adventure.

If you’re unfamiliar with the Obtainium label, that comes from Cat’s Eye in Bettendorf, Iowa. Cat’s Eye sources and blends whiskeys from various sources. In the case of its Light Whiskeys, those come from MGP. Except MGP wasn’t called MGP when this whiskey was distilled. It was working under the name of Lawrenceburg Distillers, LLC (LDI). Except, LDI wasn’t called LDI when this whiskey was distilled. Instead, it was Seagram’s. 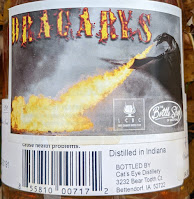 Before I get to the verdict, I’d like to thank Lake Country Bottle Club for providing me a sample in exchange for a no-strings-attached, honest review. Now I’ll #DrinkCurious to see what this fire-breather is all about.

Appearance:  Poured neat in my Glencairn glass, Dracarys presented as the color of bronze amber. It made a sticky, medium-weighted rim that formed long, slow legs.

Nose:  At 140.6°, you’d expect this to punch the nose so hard it would draw blood. Nope, that didn’t happen. In fact, I struggled to pick up any ethanol whatsoever. It was a soft aroma that included cinnamon, nutmeg, toffee, vanilla, and lightly toasted oak. When I pulled the air into my mouth, I discovered crème de menthe.

Palate:  At 140.6°, you’d expect this to burn the hell out of your palate. Nope, that didn’t happen, either. The front palate featured caramel, chocolate, and nutmeg. The middle was all leather. Then, on the back, I tasted cinnamon, clove, mint, and oak.

Finish:  At 140.6°, you’d expect this to set fire to your throat. Nope, that didn’t happen.  Instead, flavors of caramel, chocolate, cinnamon spice, clove, and old leather came through.

Bottle, Bar, or Bust:  I’ve had several Haz-Mat whiskeys before, but I don’t believe any has ever drunk this far below proof. Could it pass for 100° or 110°?  Certainly. It was a pleasant surprise for sure. The nose and palate were well-balanced despite the single leather note on the middle. Dracarys is tasty, and I’m happy to crown a Bottle rating on it. Cheers!