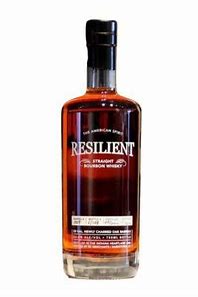 Is Tennessee Whiskey considered Bourbon?  That’s been an interesting debate going back probably as long as the distinction between the two. Several years ago, I inquired this of a certain now-retired Master Distiller who, in response, winked at me and said it wasn’t. And, as much as I could stir that pot, I won’t for the purposes of my review of Resilient Straight Bourbon Whisky.

Resilient is bottled in Pembroke, Kentucky but they source their barrels.  Some barrels come from MGP, others elsewhere. In the case of Barrel 88, it was distilled somewhere in Tennessee back in June 2004, where it aged for 14 years until bottled this past July at 107°, then sold by BC Merchants out of Chicago.  The distillate is a mash of 84% corn, 8% rye and 8% malted barley, making this a very high-corn Bourbon. It is non-chill filtered, and the barrel yielded 128 bottles. The suggested retail is $84.99.

I’d like to thank BC Merchants for providing me a sample of Resilient Bourbon in exchange for a no-strings-attached, unbiased review.  Is Barrel 88 worth chasing down? The only way to answer is to #DrinkCurious and find out.

In the glass, the appearance was a dark, deep amber. It created a very thin rim that produced fat, fast legs to drop back to the pool, usually suggesting a lighter-bodied whiskey.

As I held the rim of my Glencairn at chin-level, there were aromas of mixed-fruits, including apple, pear, and apricot. I lifted it to lip level, and the fruits morphed to caramel and vanilla. Then, hovered just under my nostrils, smells of sugar cookies and oak took over. When I inhaled through my lips, a very definitive cinnamon spice.

The mouthfeel was initially thin, but subsequent sips became creamy and very warming. Up at the front of the palate, the cinnamon spice quickly changed to dark chocolate. The chocolate was soon overcome by dry oak mid-palate and at the back, black pepper, and creamy vanilla.

The finish was spicy and held at the front palate well after traveling down my throat. Minorly on the back, stewed fruits, most likely apricot, but it was admittedly difficult to nail down as it was so muted. Clove then came in very late and stuck around for several minutes.

Bottle, Bar or Bust:  The nose of Barrel 88 is absolutely the most complex attribute of this incarnation of Resilient Bourbon. I found the mouthfeel interesting and was somewhat entertained by the finish. However, I never quite fell in love with this whiskey. Resilient Barrel 88 isn’t a bad whiskey, but I would have a rough time paying $85 for it. As such, it earns a Bar rating.  Cheers!

Posted by Whiskeyfellow at 1:24 PM No comments: 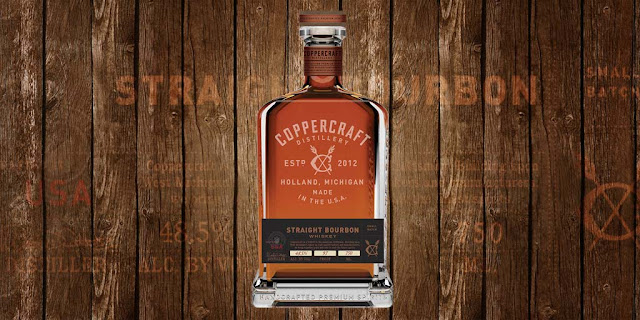 Today we share the first post in a three-part series featuring products from Coppercraft Distillery. Each post features tasting notes from three different reviewers - none of whom were in communication with each other while performing the reviews. The result is a series of tasting notes and observations that are unique to each reviewer and helps to illustrate the difference in how even experienced whiskey drinkers interpret and rate a whiskey...

You can read this review in its entirety at Bourbon & Banter. Cheers!

Posted by Whiskeyfellow at 10:06 AM No comments:

Whiskey Ratings - What Do They All Mean? 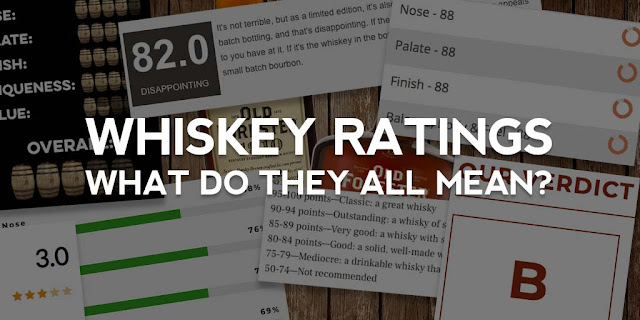 Let’s face it, there are a lot of reviewers out there writing for websites, magazines, and books. There are several commonalities:  They’ll tell you a bit about the history or backstory, they’ll talk about mashbills, they’ll describe aromas, tasting notes, and finishes. Some will even mention prices and where you can pick up bottles (we do that at Bourbon & Banter, but we’re cool like that). The crux, however, is the recommendation and rating.

There can be great misunderstanding and confusion as it pertains to ratings. When I write reviews, occasionally folks will comment and ask why I don’t do a rating in their preferred manner or using a more “classical” method. Some want a scale of one to five (along with cute icons like Glencairn glasses, thumbs, etc.).  Others request a scale of one to ten.  And, for some, they want a score of one to 100. Then, there’s the 50 to 100, such as those done by Whisky Advocate...

You can read this article in its entirety over at Bourbon & Banter. Cheers!

Posted by Whiskeyfellow at 10:09 AM No comments: