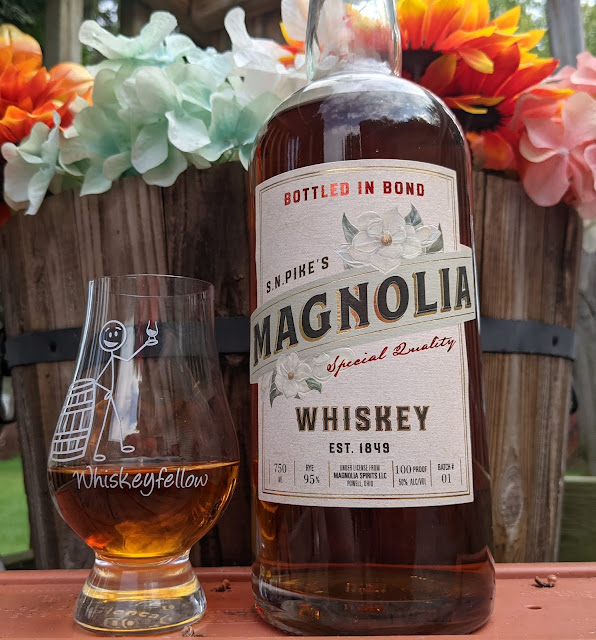 It is always exciting to see an old, defunct brand resurrected. Back in 1849, Sam Pike was a Cincinnati-based whiskey merchant who procured what he deemed to be the very best whiskeys and sold them throughout the United States and Europe. Much of what he sold was shipped to clients down the Ohio River and into the Deep South. His brand was called Magnolia Spirits.
Sam was an interesting fellow, shrouded in secrecy. He claimed on a passport application that he was a native-born American, however, a biographer claimed he was born in Heidelberg, Germany, and his last name was Hecht. If you translated that from German to English, you'd wind up with pike. As such, it seemed obvious he would take that on as his surname.
Sam became enchanted with a traveling singer named Jenny Lind. If that name sounds a little bit familiar, she was the opera singer P.T. Barnum sponsored to tour the country. Sam was hopeful Jenny would come to Cincinnati, but as there was no opera house, it couldn't be done. Sam promised he would build one in Cincinnati, and a few years later, he fulfilled it with Pike's Opera House. A fire broke out in 1866 and the building was completely destroyed. He had it completely rebuilt a year later. For the record, that building was also decimated by fire in 1903.
After Sam died, Magnolia was sold to Fleischmann Distillers. The above story was provided by Jack Sullivan in January 2018, and I thank him for his dedicated research.
Fast-forward to today and Ed Carey, a retired real-estate developer and self-described Bourbon fan, brought Magnolia back to life.

"Our goal in recreating the Magnolia Spirits brand is to act in the Samuel Pike tradition by seeking out and blending special quality bourbon and whiskey. I think the secret to the smooth taste is we import Kentucky Springwater and do a very slow multi-day trickle-proofing." - Ed Carey

Today I'm reviewing Magnolia Bottled-in-Bond Whiskey. Distilled by MGP utilizing its 95/5 rye mash, the whiskey is aged in #4 charred American oak barrels. Why not call it Bottled-in-Bond Rye? If you reread the type of cooperage, you'll see one distinct word missing: new. That suggests Magnolia utilizes vintage barrels. It carries a four-year age statement and, as it is bonded, it is packaged at 100°.
Batch 1 was limited to 5800 bottles, and you can expect to drop about $54.00 for a 750ml package. Bottling is handled by Noble Cut Distillery of Gahanna, Ohio. Distribution is all over Ohio, and you can buy online from BarrelStation.com.
I'd like to thank Magnolia for providing me a sample of this whiskey in exchange for a no-strings-attached, honest review. It is time to #DrinkCurious and taste what this is all about.
Appearance:  Poured neat in my Glencairn glass, Magnolia was the color of a lighter orange amber. It created a medium ring and widely-spaced, long, slow legs that fell back to the pool.

Nose:  The floral notes were easy to pick out. Additional sniffs were required to discover nutmeg, caramel, and berry. When I breathed the aroma into my mouth, vanilla rolled across my tongue.

Palate:  A silky, full-bodied mouthfeel greeted my palate. On the front, I tasted vanilla, cinnamon, and pecan. As it moved to the middle, flavors of vanilla and the softest of stone fruits were discernable. The back offered clove, rye spice, and smoked oak.

Bottle, Bar, or Bust:  I've had MGP's 95/5 rye mash aged in vintage cooperage before, and I've been a big fan. Dancing Goat does it with French oak and a solera system. Magnolia is not the same cooperage, that much is obvious, but that soft, easy-drinking aspect is still there, and I love it.  Is $54.00 pricy?  You're getting 4-year MGP 100° rye that is different in a good way, so no, it isn't. Magnolia has earned my Bottle rating and I'm thrilled to have this in my whiskey library. Cheers!