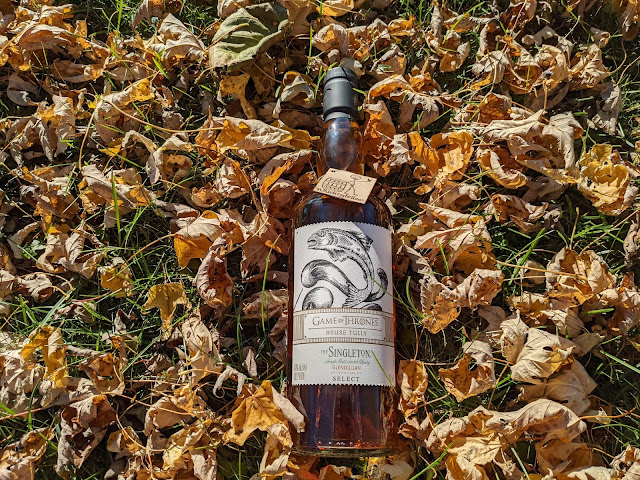 If you’re into Scotch and you’re into Game of Thrones, then you’re probably aware of the Diageo and HBO collaboration to produce a line of whiskies to celebrate the show. And, if you’re not, well, there are eight single malts plus two blends from Johnnie Walker. They were released two years ago, but you can still find them every so often on store shelves.  There are, of course, folks who collect them to have the whole set.

One of the single malts came from Glendullan under its exclusive brand, The Singleton.  Glendullan is located in the Speyside region and was founded in 1897 by William Williams & Son. In 1972, a second distillery was built immediately adjacent, operations were moved shortly after that, and the original shuttered. The distillery has changed hands many times before finding itself under the Diageo umbrella. And, while you’ve likely not heard of Glendullan, it is the second-largest Scotch distillery in the colossal corporation! Similar to many big distilleries, Glendullan is a workhorse whose majority distillate is used for blends.

As stated earlier, The Singleton is the only brand, and all of the single malt releases are destined for North American markets. The whiskies are aged exclusively in former Bourbon barrels. Any single malts are aged on-premises, and any barrels used for blends are shipped elsewhere for aging. It is an interesting way to do things, but it works for Diageo.

The Singleton’s edition of the GOT collection is called House Tully. It carries no age statement; it is chill-filtered, contains e150a caramel coloring, and then bottled at 40% ABV (80°). It is pretty affordable at between $30.00 and $35.00. I picked mine up for just under $30.00 at a liquor store in Minnesota.

Did I do well with my purchase? The only way to find out is to crack the bottle and #DrinkCurious.

Appearance:  Served neat in my Glencairn glass, House Tully was a deep bronze, which is irrelevant due to the e150a caramel coloring. It formed a medium-to-heavy rim that lent to fat, watery legs.

Nose:  The aroma of malt was aggressive. Once I was able to get past that, I smelled banana, honey, apple, and nutmeg. As I drew the vapor into my mouth, it seemed grassy.

Palate:  The mouthfeel was relatively thin and never gained weight, remaining watery throughout the tasting experience. Grass, green apple, and apricot started things off, then moved to banana pudding and citrus (an unusual combination), with honey, caramel, and char on the back.

Finish:  The duration was short and medium and consisted of charred oak, banana, and clove. There was no astringent quality.

Bottle, Bar, or Bust:  House Tully turns out to be an unremarkable whisky. Granted, it is only a $30.00 to $35.00 bottle, but I’ve also had some wonderful Scotches at that price. It isn’t bad; it is just forgettable. Is it proofed down too much? Probably. Did it need more time in oak? Again, probably.

I catch a lot of flak whenever I say this about a whisky, but this would be a good beginner’s single malt. There’s nothing in it that would be a turn-off. And, due to the price, the fear of buying something overpowering or rough makes it an easy choice.

Saying all of that, it is still somewhat boring, and I’m not a novice. I would not repurchase this one, but I don’t believe it deserves a Bust.  As such, my rating is a Bar. Try this one first, especially if you’re new to Scotch. It is a good starting point.  Cheers!